Address the real reasons you procrastinate and you’re more likely to start achieving your goals.
With offices closed in nations around the world, many of us are grappling with how to stay productive and on task as we work from home. To help provide insight on how to manage this, BBC Worklife is updating some of our most popular productivity stories from our archive. First published 23 January 2020. Like many writers, I’m a supreme expert at procrastination. When I ought to be working on an assignment, with the clock ticking towards my deadline, I’ll sit there watching pointless political interviews or boxing highlights on YouTube (cat videos aren’t my thing). At its worst I can almost begin to feel a little crazy – you need to be working, I say to myself, so what on Earth are you doing? According to traditional thinking – still espoused by university counselling centres around the world, such as the University of Manchester in the UK and the University of Rochester in the US – I, along with my fellow procrastinators, have a time management problem. By this view, I haven’t fully appreciated how long my assignment is going to take and I’m not paying enough attention to how much time I’m currently wasting on ‘cyberloafing’. With better scheduling and a better grip on time, so the logic goes, I will stop procrastinating and get on with my work. Increasingly, however, psychologists are realising this is wrong. Experts like Tim Pychyl at Carleton University in Canada and his collaborator Fuschia Sirois at the University of Sheffield in the UK have proposed that procrastination is an issue with managing our emotions, not our time. The task we’re putting off is making us feel bad – perhaps it’s boring, too difficult or we’re worried about failing – and to make ourselves feel better in the moment, we start doing something else, like watching videos.
This fresh perspective on procrastination is beginning to open up exciting new approaches to reducing the habit; it could even help you improve your own approach to work. “Self-change of any of sort is not a simple thing, and it typically follows the old adage of two steps forward and one step back,” says Pychyl. “All of this said, I am confident that anyone can learn to stop procrastinating.” 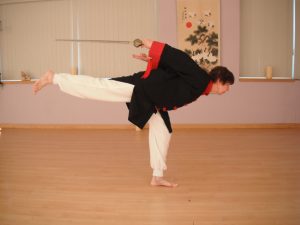 Short-term mood lifters One of the first investigations to inspire the emotional view of procrastination was published in the early 2000s by researchers at Case Western Reserve University in Ohio. They first prompted people to feel bad (by asking them to read sad stories) and showed that this increased their inclination to procrastinate by doing puzzles or playing video games instead of preparing for the intelligence test they knew was coming. Subsequent studies by the same team showed low mood only increases procrastination if enjoyable activities are available as a distraction, and only if people believe they can change their moods. One study used ‘mood-freezing candles’ to trick some volunteers into thinking their low mood was frozen and, in this case, they didn’t bother procrastinating. The emotional regulation theory of procrastination makes intuitive sense. In my case, it’s not that I don’t realise how long my assignment will take (I know I need to be working on it right now) or that I haven’t scheduled enough time for my YouTube viewing – in fact, I don’t really even want to watch those videos, I’m just drawn to them as a way of avoiding the discomfort of knuckling down to work. In the psychologists’ jargon, I’m procrastinating to achieve a short-term positive ‘hedonic shift’, at the cost of my longer-term goals.

Procrastination – while effectively distracting in the short-term – can lead to guilt, which ultimately compounds the initial stress

The emotional regulation view of procrastination also helps explain some strange modern phenomena, like the fad for watching online cat videos which have attracted billions of views on YouTube. A survey of thousands of people by Jessica Myrick at the Media School at Indiana University confirmed procrastination as a common motive for viewing the cat videos and that watching them led to a boost in positive mood. It’s not that people hadn’t adequately scheduled time for watching the videos; often they were only watching the clips to make themselves feel better when they should be doing something else less fun. Myrick’s research also highlighted another emotional aspect to procrastination. Many of those surveyed felt guilty after watching the cat videos. This speaks to how procrastination is a misguided emotional regulation strategy. While it might bring short-term relief, it only stores up problems for later. In my own case, by delaying my work I just end up feeling even more stressed, not to mention the gathering clouds of guilt and frustration. It’s perhaps little wonder that research by Fuschia Sirois has shown chronic procrastination – that is, being inclined to procrastinate on a regular, long-term basis – is associated with a host of adverse mental and physical health consequences, including anxiety and depression, poor health such as colds and flu, and even more serious conditions like cardiovascular disease.
Sirois believes procrastination has these adverse consequences through two routes – first, it’s stressful to keep putting off important tasks and failing to fulfil your goals, and second, the procrastination often involves delaying important health behaviours, such as taking up exercise or visiting the doctor. “Over time high stress and poor health behaviours are well known to have a synergistic and cumulative effect on health that can increase risk for a number of serious and chronic health conditions such as heart disease, diabetes, arthritis, and even cancer,” she says. All of this means that overcoming procrastination could have a major positive impact on your life. Sirois says her research suggests that “decreasing a tendency to chronically procrastinate by one point [on a five-point procrastination scale] would also potentially mean that your risk for having poor heart health would reduce by 63%”. 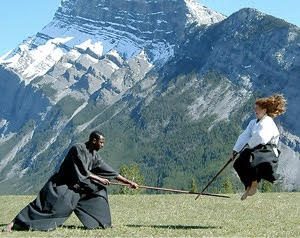 ‘Just get started’ On a positive note, if procrastination is an emotional regulation issue, this offers important clues for how to address it most effectively. An approach based on Acceptance and Commitment Therapy or ‘ACT’, an off-shoot of Cognitive Behavioural Therapy, seems especially apt. ACT teaches the benefits of ‘psychological flexibility’ – that is, being able to tolerate uncomfortable thoughts and feelings, staying in the present moment in spite of them, and prioritising choices and actions that help you get closer to what you most value in life. Relevant here is cutting edge research that’s shown students who procrastinate more tend to score higher on psychological inflexibility. That is, they’re dominated by their psychological reactions, like frustration and worry, at the expense of their life values; high scorers agree with statements like ‘I’m afraid of my feelings’ and ‘My painful experiences and memories make it difficult for me to live a life that I would value’. Those who procrastinate more also score lower on ‘committed action’, which describes how much a person persists with actions and behaviours in pursuit of their goals. Low scorers tend to agree with statements like ‘If I feel distressed or discouraged, I let my commitments slide’.

Research shows that once the first step is made towards a task, following through becomes easier

ACT trains people both to increase their psychological flexibility (for example, through mindfulness) and their committed action (for example, by finding creative ways to pursue goals that serve their values – what matters most to them in life), and preliminary research  involving students has been promising, with ACT proving more effective than CBT in one trial over the longer-term. Of course, most of us probably won’t have the option of signing up to an ACT course any time soon – and in any case we’re bound to keep putting off looking for one – so how can we go about applying these principles today? “When someone finally recognises that procrastination isn’t a time management problem but is instead an emotion regulation problem, then they are ready to embrace my favourite tip,” says Pychyl. The next time you’re tempted to procrastinate, “make your focus as simple as ‘What’s the next action – a simple next step – I would take on this task if I were to get started on it now?’”. Doing this, he says, takes your mind off your feelings and onto easily achievable action. “Our research and lived experience show very clearly that once we get started, we’re typically able to keep going. Getting started is everything.” Dr Christian Jarrettis a senior editor at Aeon magazine. His next book, about personality change, will be published in 2021.

There are currently no comments for Why procrastination is about managing emotions, not time – from BBC worklife.