How to Think Your Way to Better Health

By Carl Stronter on Friday September 2nd, 2016 Some are calling it the next frontier in the field of health: mind-body medicine, which is the study of the interaction between the body and mind as it relates to health and disease. In recent years, many extraordinary, well-researched studies have come out showing a very direct link between our emotions, beliefs and thoughts, and the health of our physical body, as well as measurable changes in our genetic code. In the past, this was referred to as the “placebo effect,” and was written off as a fluke power of the mind that had to be counted for in double-blind studies. However, this inherent mind-body connection is proving to be the elephant in the room that had been ignored for centuries—and is now the latest frontier in modern medicine, shaking up old models of disease theory and showing us that health is far more complex than previously thought. While eating a healthy diet is still important, our health is far more dependent on our state of mental and emotional well-being, than previously thought. 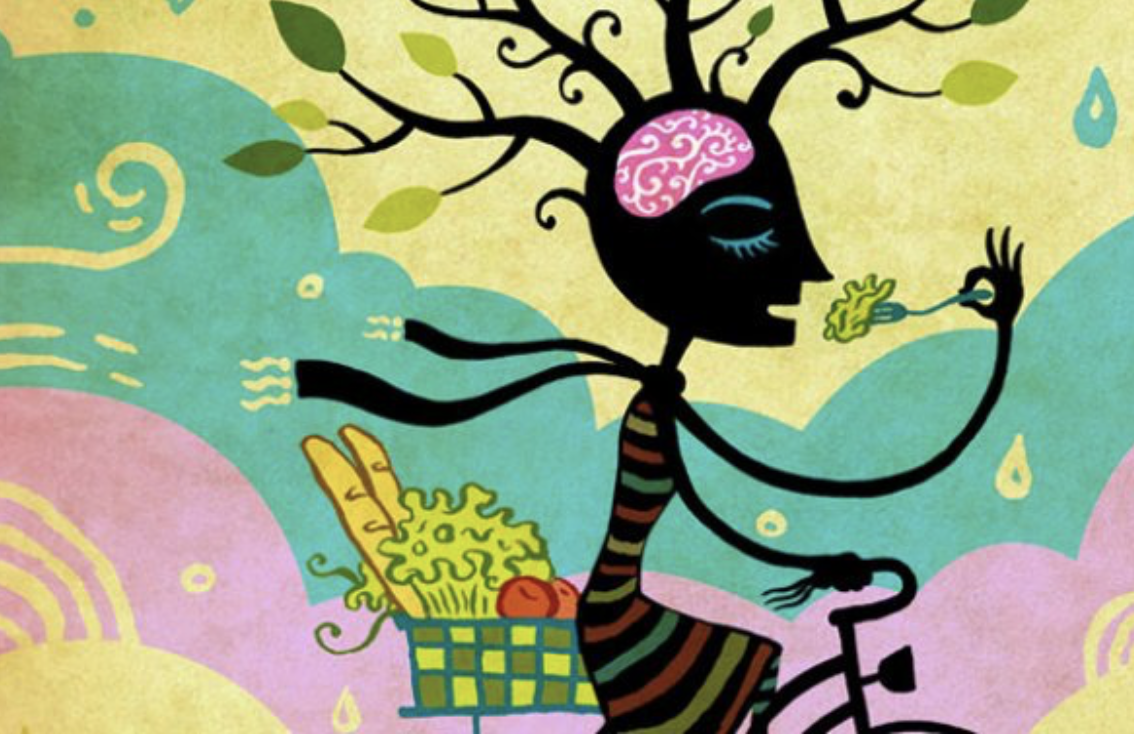 “When I was working with sick patients from the inner city of Chicago, it made sense that they weren’t healthy. They ate poorly, smoked, drank, and never exercised.” Explains Dr. Lissa Rankin, a leading holistic physician and pioneer in mind-body medicine in an interview with Dr. Frank Lipman. “But then I took a job at an integrative medicine practice in posh Marin County, California, where my patients religiously followed organic, vegan diets, worked out with personal trainers, got 8 hours of sleep every night, took their vitamins, and spent a fortune on the best healthcare money can buy—and they were still sick. It got me wondering, what if there’s more to health than what they taught me in medical school?”

Dr. Rankin’s experiences are in lock-step with the findings of a recent mindfulness study conducted by researchers at the prestigious Benson-Henry Institute for Mind/Body Medicine at Massachusetts General Hospital where 26 adults (without prior experience) were taught a number of clinically-backed relaxation techniques including mindfulness, meditation and mantra (the repetition of sacred Hindu sounds) in order to understand the effects of these mind-focused practices on the body and specifically the test subjects genetic code. The study participants were given comprehensive blood tests immediately preceding and immediately following 20 minutes of self-directed practice of the above techniques. By studying an impressive 22,000 different gene sequences, researchers were able to identify and measure any changes—no matter how small—that occurred in the participants’ DNA during and after the practice of the various meditation, mantra and mindfulness techniques.

There could be more to health than what is taught in medical school.

26 adults were taught a number of clinically-backed relaxation techniques.

If you’ve ever practiced mindfulness or meditation for any length of time, the results were not altogether surprising: every single one of the study participants’ DNA demonstrated significant, measurable changes in the genes that researchers had identified as being responsible for, or related to, metabolism, aging, insulin response and relaxation, among many others. The observed changes were found to be clearly indicative of a majorly reduced stress response and activation of telomere maintenance genes, meaning that the mantra, meditation and mindfulness practices actually caused observable, measurable changes in the body that ultimately led to alteration and repair of DNA. In essence, changes in the mental state of the participants produced very real and measurable changes in their physical bodies, all the way down to the genetic level. Clearly something is going on here. These findings also lend a research-backed explanation to the miraculous experiences of Dina Proctor, who developed a simple but extraordinarily powerful visualization and meditation technique, based on the work of pioneering cell biologist and mind-body medicine researcher Dr. Bruce Lipton, that was able to create significant, measurable changes in her biochemistry and blood work over the course of just a few short weeks.

Every participant had DNA which demonstrated significant, measurable changes in genes.

At the time this all happened, Dina had been finding herself interested in the study of epigenetics research, mindfulness and meditation and decided to undertake an informal experiment on herself to try to address increasingly serious imbalances in her blood cholesterol levels that had been stressing her out for some time. For approximately 2 weeks she regularly practiced a simple 3-minute visualization meditation technique that she devised that she describes as follows:

“I started out visualizing a gentle but laser-like beam of healing energy entering my body straight into my heart. I imagined a warm sensation as the beam infiltrated and surrounded my heart. As the warmth grew stronger, I pictured the healing energy in the form of a thick liquid or serum, like warm honey, slowly seeping from my heart muscle into my bloodstream. I kept my focus on the warm feeling of the serum moving into my bloodstream in all directions. I followed it in my mind’s eye, moving through my chest into my legs and arms, fingers and toes, and circling back again into my heart.”

After only a few of days of practicing this specific meditation technique, she reported that she could intuitively feel that her blood levels were shifting, changing and ultimately balancing themselves out: “I visualized the imaginary serum healing each blood cell it touched as it traveled throughout my body,” she later remarked about her experiences with the technique.

Dina found visualisation a powerful technique.
Unsurprisingly, in lock step with the findings from the Benson-Henry Institute for Mind/Body Medicine research, the results of her next bloodwork panel post-visualization meditation practice showed a significant positive change: her serum cholesterol readings had miraculously dropped from 227 to 177, demonstrating once again the power of the mind-body connection: that regular, simple shifts in our thought processes, emotional state and behavior do have very real and measurable physical effects in the body. “Your mind controls your biology. That’s what the placebo effect is about; the mind believes the pill will work and so it does,” world-renowned stem cell biologist and epigenetics researcher and pioneer Bruce Lipton is quoted as saying reflecting on Dina’s spectacular achievement. “In the science of epigenetics it’s been found that it’s the perception of your environment that controls your genes. You’re not a victim of your genes because you’re the one who can change your environment—or, more importantly, change your perception…The physical expression is the consequence of the mind’s program—the program comes first, the physical expression second. The function of the mind is to create coherence between your beliefs and your reality.” With all the talk these of extending lifespan with various technologies, it seems we may already have the answer to many of our biggest health challenges within us already.