We shouldn’t curse our memories when they let us down

This means that what may have seemed like a flaw before – our difficulty to recollect the past accurately – is actually an advantage. If memories were fixed like videotapes then imagining a new situation would be tricky. If I asked you to picture yourself arriving at your workplace next Tuesday morning not via your usual route, but instead floating on a lilo on a turquoise canal lined with tropical flowers, past familiar buildings right up to the front door of your office where your old school friends will greet you with a cocktail, in an instant most of you will be able to do it. (An exception is people with an unusual condition called severely deficient autobiographical memory.)

Your memory is so flexible that in an instant you can summon up your personally-recorded memories of the street where you work, what it’s like to lie on a lilo, the faces of your school friends, images of tropical flowers and cocktails. You not only locate all these memories which might be decades apart, but you then splice them together to invent a scene you have never witnessed or even heard of before. 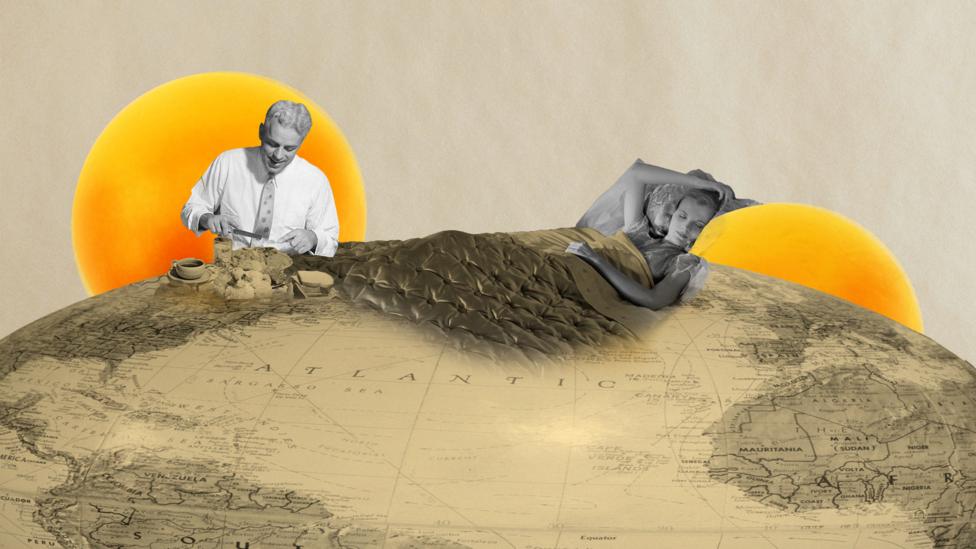 We still talk of the Sun rising in the morning and setting in the evening, even though we know it is the Earth moving (Credit: Javier Hirschfeld/Getty Images)

Cognitively, it sounds like hard work. In fact, the flexibility of our memories makes it fairly easy to do.

So we shouldn’t curse our memories when they let us down. They’re made to be changeable, in order that we can take millions of fragments of memories from different times of our lives and recombine them to give us endless imaginative possibilities for the future.

In fact, when our memory for the past is damaged, so is our ability to think about the future. The neuroscientist Eleanor Maguire asked people to describe an imaginary future scenario in which they were standing in a museum. Some said it had a domed ceiling. Others a marble floor. But people with amnesia were unable to suggest what it might look like due to our reliance on memory to allow us to think about the future.

Instead of thinking of our memories as a handy video archive, we can bear in mind that our memory of an event might not be perfect – and accept that others might have very different memories of the same event.

There’s one other thing we can do. The single question I have been most often asked after writing a book on time perception is, how can we slow time down?

But I wonder whether we should be careful what we wish for. In middle age, the weeks and the years can feel as though they flash by. But part of our sense of time passing is dictated by the number of new memories we have made. When you look back on a busy holiday, even though it went quickly at the time, in retrospect it can feel as though you were away for ages. This is because of all those new memories you made by spending a week outside your usual routine. If life feels as though it’s going fast, this could be a sign of a life that is full.

If you do want to shed that unsettling feeling on a Sunday evening that the weekend has whizzed by, there is something you can do: constantly seek out new experiences

Meanwhile, time does feel as though it’s going more slowly if you are bored or depressed or feeling lonely or feeling rejected, none of which we would want to seek out.  As Pliny the Younger wrote in 105, “The happier the time, the shorter it seems.”

But if you do want to shed that unsettling feeling on a Sunday evening that the weekend has whizzed by, there is something you can do: constantly seek out new experiences. Take up new activities at weekends and visit new places, rather than heading for the same pub or cinema. All this fun means the time will fly in the moment – but because you will lay down more memories, when you get to Monday morning, the weekend will have felt long. 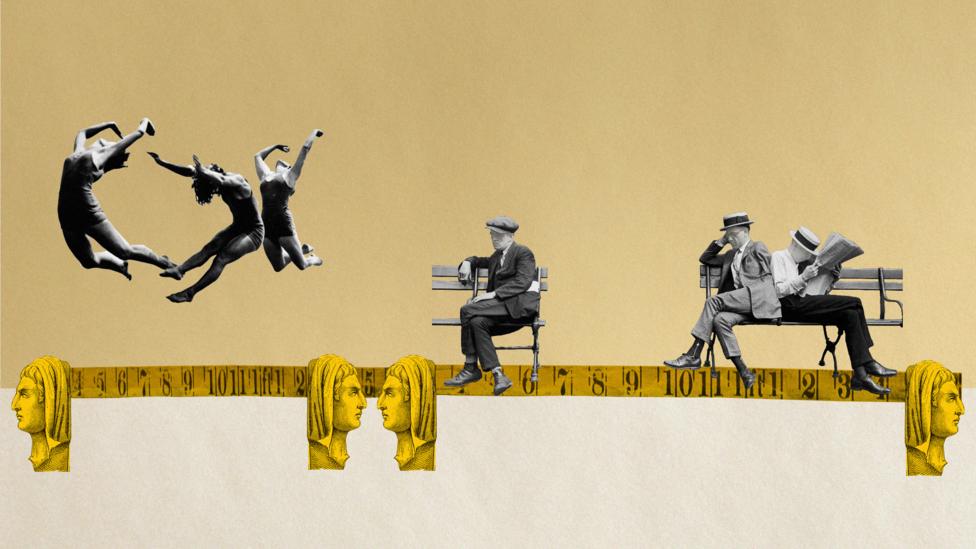 As Pliny the Younger wrote in AD 105, “the happier the time, the shorter it seems” (Credit: Javier Hirschfeld/ Getty Images)

Some routine, of course, is unavoidable. But if you can create a life which feels both novel and entertaining in the present, the weeks and years will feel long in retrospect. Even varying your route to work can make a difference. The more memories you can create for yourself in everyday life, the longer your life will feel when you look back.

The way we experience time in our minds is never going to match up with the latest discoveries in physics. We all know what the passing of time feels like. Although we can’t change the way our brains perceive time, there are better ways we can start to think about it. But even then, the way it warps in certain situations will continue to surprise and unsettle us. In the end, perhaps, St Augustine put it best when he asked: “What then is time? If no one asks me, then I know. If I wish to explain it to someone who asks, I know it not.”

Claudia Hammond is the author of Time Warped: Unlocking The Secrets Of Time Perception.