Should one try to convince a Westerner just coming to Buddhism to accept the principles of karma and rebirth fully? 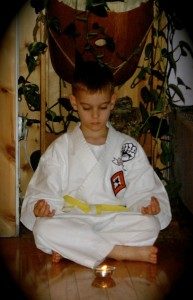 Bhikkhu Bodhi: I wouldn’t begin by trying to impose the full weight of classical Buddhist doctrine on a Westerner who has newly come to Buddhism. Yet I wouldn’t disguise or camouflage the teachings. I would tell someone exactly what the Buddha teaches. I would say, though, that if one is coming to Buddhism out of the blue, one should begin by examining those principles of the Buddha’s teaching that can be verified within one’s life here and now. One can see, for example, that when one observes ethical conduct, the quality of one’s life improves. One can see that when systematic development in meditation diminishes greed, anger and ignorance, one becomes more mindful, more aware, and gains greater insight into experience. One will see, as a result, that one experiences greater happiness, peace and contentment. On that basis, I would say that one can recognize where these teachings are coming from: they are coming from the Buddha, the Enlightened One.

Many people call themselves Buddhists having only a vague notion of what Buddhism is about. That’s okay. You could be a beginning geologist and not understand all of geology, but you still call yourself a geologist because you are studying it.

Once one gains a working confidence in the Buddha—based on what one can validate and confirm in one’s own experience—then one should be willing to place trust in those teachings of the Buddha which lie beyond the scope of one’s immediate experience. Not out of blind submission to the authority of the Buddha, but because one has gained experiential validation of some aspects of his teachings. Therefore, if one wants to follow that teaching to its full extent, one should be ready to accept on trust those teachings that lie beyond one’s present capacity for confirmation. Jeffrey Hopkins: Certainly, skepticism is still required, at least in the type of scriptures I am used to. Buddha taught, for example, that the earth is flat. This has been contradicted by direct perception. Accepting all of it, then, strikes me as difficult and opposes a basic Buddhist attitude of questioning and skepticism. I think faith and skepticism can fit together in the same person. Is it more important to believe in karma or is it more important to believe that the central thing I should do is be a kind person? One could believe in karma and not work too hard at being kind. That would mean your belief in karma didn’t have much effect on you. Jan Chozen Bays: A wonderful aspect of Buddhist teaching is that each person is asked to be curious, to investigate and confirm from their own experience. I think it helps to ask people to consider examples from their own lives, as Bhikkhu Bodhi was saying. People can understand examples from their own lives and begin to generalize to other people’s lives. People see, for example, that if no one interrupts the cycle of child abuse, it can be perpetuated generation after generation. Only if someone can come in and stop this force that moves forward and causes suffering can you free future generations. It seems to me that karma works like a pendulum, or like one of those little gadgets with the line of balls hanging 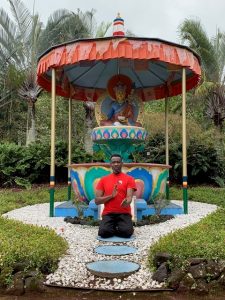 from strings. You pull one ball out and let it go and it hits the line of four balls and another ball at the other end goes out. There is conservation of energy. Consider a family in which the father is a career military officer. One child in that family may rebel against that as a way to find happiness and end suffering. The child sees the defects, fairly clearly as children often do, and becomes a hippie pacifist. This child grow ups and then one of their children, seeing the weaknesses of the pacifist and the rejection of the material world, rebels and becomes a Wall Street broker. Then the child of the Wall Street broker becomes a Buddhist monk. You get this swing back and forth of action and reaction, until someone says, “I can see that this is going to continue forever, and it is not breaking the cycle of suffering, so I am going to do something about it.” With this kind of very practical explanation, using examples from their own lives, people can begin to see how karma works.
Bhikkhu Bodhi is an American Buddhist monk and scholar. He lives in Sri Lanka. Jan Chozen Bays is a Zen master in the lineage of Maezumi Roshi and a pediatrician working in the field of child abuse. Jeffrey Hopkins is Professor of Indo-Tibetan Buddhist Studies at the University of Virginia.