Tokyo is a fascinating, vibrant city, especially for a young American soldier far from home. But shortly after World War II, when Japan was occupied by thousands of Allied troops, the entire country was little more than bombed-out rubble. At that time, the American troops were a primary source of income for the once proud and energetic nation. The bars, souvenir shops and-yes--the "la­ dies of the evening" generated some badly needed money for the economy. Street skirmishes between the American soldiers and Japanese civilians were commonplace during this period. It was a chaotic time, and there was still deep resentment of Americans among many Japanese for the way in which the United States brought about their country's surrender. The American military placed the most dangerous areas off limits to U.S. soldiers - an order that was generally ignored. American Dan Ivan found himself in just such a location one night during the occupation. As a junior investigator for the U.S. Provost Marshal's office, Ivan had ventured into the notorious Ueno section of Tokyo to check out claims that the yakuza-Japan's version of the mafia- was organizing in the area. Ueno bordered on the Yoshiwara red-light dis­ trict, and it was not a friendly environment for a round-eyed Yankee to be in. 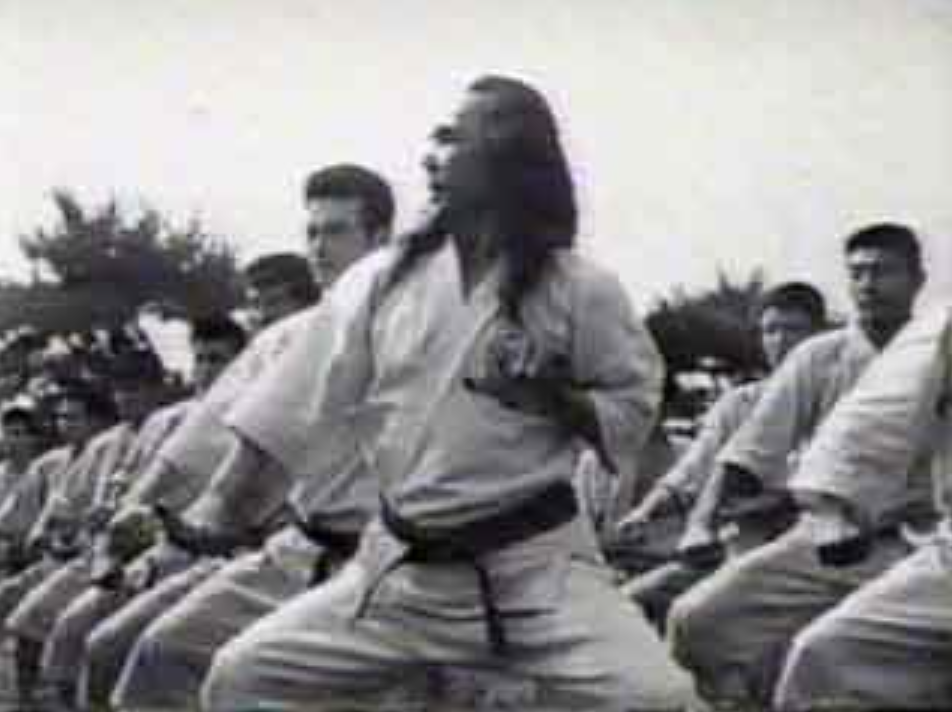 As he toured the area, Ivan received a number of hostile looks from the locals. He was alone, and he was unarmed, but he felt he had a surprise for anyone who attempted to jump him. He had been training in judo at Jigoro Kana's famous Kodokan school since his arrival in Japan three months earlier, and he believed he was prepared for just about anything the locals might try as he strode, somewhat arrogantly, among the throng of people. Suddenly, a group of men blocked his path. It was obvious from their belligerent attitudes that they were not the "welcoming committee." One man stepped forward and stuck his face directly in front of Ivan's, inviting the American to start something. Ivan did. He dumped the man on the ground with a perfectly executed osotogari (outer leg sweep) technique. But Ivan failed to follow up with a finishing technique, and his opponent had hardly touched the ground before he had bounced back up and hit the American flush in the face with a punch. Ivan flew backward, dazed and bleeding from the nose. By the time he had cleared his head and looked up, the gang had disappeared into the teeming crowd. Ivan returned to the Provost Marshal's office and discussed the incident with some of the Japanese detectives and interpreters. They warned him about venturing into such areas alone, and they told him that he had likely been part of a karate student's advancement test. Ivan was lucky, they said, that the Japanese hadn't used him as a punching dummy. It was Ivan's first taste of karate, the art of "empty hand." Karate had a bad reputation in those days, and kodokan judo was still very much in favor among the Japanese populace. Most karate students at that time were either members of the yakuza, bodyguards, enforcers and/or low-lifes. In western parlance, judo practitioners wore the white hats, while karate stylists wore the black hats.

The war contributed greatly to karate's stigma. Karate sensei (instructors) serving in the Japanese military had used their art against the enemy, at times even practicing on prisoners of war. Afterward, when some of these abusers were put on trial for their war crimes, it tarnished the image of karate not only worldwide. but even among the Japanese populace. Using karate in combat was one thing, but using it on prisoners was unacceptable. But after his incident in Ueno, Ivan was more than a little curious about this fighting method, and he asked his judo sensei to help him locate a karate dojo (school). The instructor adamantly refused to help him, so Ivan once again turned to his Japanese friends at the Provost Marshal's office. Ironically, the search took Ivan back once more to Tokyo's infamous Ueno district. For years after the war, most Japanese martial arts instruction was conducted out of the public's view. How ever, Ivan, with help from a Japanese interpreter, was able to locate a karate dojo in Ueno. The interpreter took him to the entrance of the school, but then made a hasty exit. The dojo was in a dilapidated area, and homeless families wandered among the ash-filled rubble that was once buildings. Ivan stood at the top of a flight of stairs that led down into a basement. As he cautiously began his descent, he heard blood-curdling screams coming from below. They weren't of the variety of kiai (spirit yells) Ivan was accustomed to hearing in judo class; instead, the sounds gave the impression that some serious mayhem was taking place. Ivan hesitated, but decided to continue down into the darkness. His first view of a karate class was impressive. The training was rough, aggressive and, at times, merciless. The students pounded and kicked one an­ other, bounced off walls, bled, and yet paid no heed to any pain. The instructor was a stout, power­ fully built, swarthy-complected man with a mane of long, black, flowing hair. He allowed his students to fight, but when things got out of hand, he would utter a command and the combatants would immediately stop, bow to the sensei, bow to each other, and then resume fighting in a more controlled manner. Many minutes passed before anyone noticed Ivan standing by the entryway. Finally, the sensei looked over at the stranger, his eyes cold, hard, yet curious. He had the "thousand-yard stare" of a man who had seen death many times, and had likely caused it as well. No one spoke to Ivan until the class had ended. When the training was over, the students sat in seiza (kneeling) for about 10 minutes while completing the ceremonial bow. There was a shrine at the head of the room, and the instructor led the group in chants and prayers. When the session was finally over, the sensei approached Ivan and inspected him closely. Neither man spoke, and time seemed to stand still to Ivan. Finally, the stern, seemingly mirthless man smiled reassuringly. Up to that point, Ivan thought the.re was a chance he might be tossed to the students as a sort of sacrificial lamb. But a magical change seemed to come over the instructor. His eyes twinkled and his mouth opened to reveal a gold-toothed grin. His students brought out a table and some cushions, and the instructor shared green tea and rice cakes with Ivan as the two tried to communicate. This was difficult, since Ivan spoke no Japanese, and the instructor spoke no English. After a few more visits, Ivan joined the class, although somewhat apprehensively. He was treated roughly by the other students, but no worse than they treated each other. Free sparring, as karate students know it today, did not exist at that time. Instead, the emphasis was on conditioning the body, and simply fighting.

Ivan's judo instructor, Shizuya Sato, as well as some of the other Kodokan sensei, began to notice the American's facial bruises, which they were certain was not due to his judo training. When informed that Ivan was taking karate lessons, the instructors disapproved, insisting that judo was enough for him. As time went on, their viewpoints changed somewhat, but it was not unusual for Japanese martial arts instructors to encourage a sense of loyalty from their students. 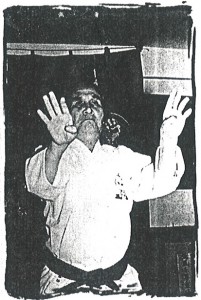 After a few months of training at the karate school, Ivan was transferred to a different part of Japan, making it difficult to get back to the dojo in Ueno. But he would be forever grateful to the karate sensei. From this meager beginning in the old basement school, the instructor went on to create a worldwide karate organization, and many other Americans found their way to his goju-ryu karate dojo. He was a tough sensei, hard as nails. But like all men of strong body and spirit, he had a gentle side. He became a true legend of the martial arts. Many knew him by his nickname, "The Cat." Ivan, however, knew him as master Gogen Yamaguchi.
computer softwares
Editor's note: Gogen Yamaguchi, the founder and president of the All-Japan Karate-do Goju-kai, died of a heart attack in 1989 at the age of 80.
zp8497586rq