Kake Waza - charging without the opponent making a move Osi Waza - responding to the opponent's attack – a counter. Sen - ahead - beat the opponent to the punch. Go No Sen - Late arrives ahead - when you know how an opponent fights you know when to move in on him, or if you're very skillful you know when he's thinking- (body language) and you come in ahead of him. Ahead not only of his action but ahead of his thought. Sen No Sen - Ahead of ahead - when you don't just know when he's thinking , but you can dissipate his evil intent.  Set up techniques to get him to move as you will. Set him up for the foot sweep. Inviting techniques. Feigning techniques. - If you're hurt pretend you're not and vice versa. 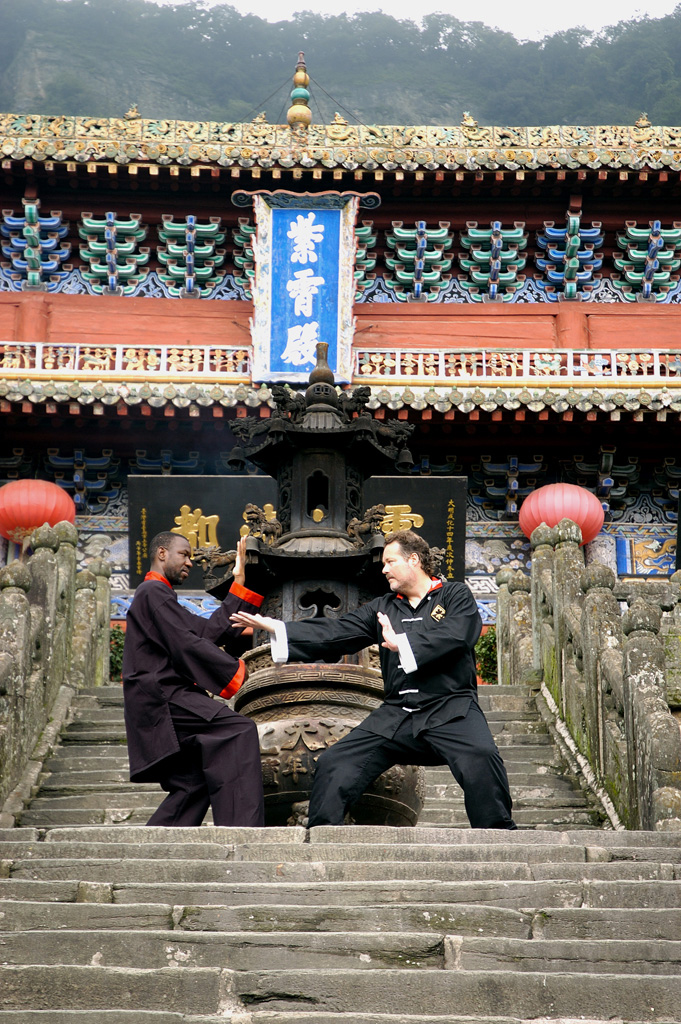 In Japan in olden days a storyteller would pass from town to town to entertain and make his money. One day he arrived too late the kids had already gone home.  He saw a Dojo and decided to give a challenge - hoping to get money - charity . The Master sent his top student.  But the Storyteller rejects him saying that he wants his Master - knowing that if he squares off against the top student he might get killed. The Master takes a peek.T he guy looks sloppy, but to shout at opponents pretending to be no good, then before they knew it, they were dead. So they squared off. The storyteller wonders why the Master isn't striking, winning the match without hurting him, then offering him some dinner and a warm place to sleep. The Master doesn't know what to do. Thinks he can take him at any time, but he can't make up his mind.  Eventually for his reputation, he decides to go straight in.  At that time the storyteller drops to his knees and says I'm just a storyteller and begs for his life. From then on The masters school became Mu Nan Yo - No thought school, In fighting it has to be with feeling. No thought.