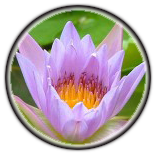 There was the most precious of jewels placed in the sea near the shore so that all could see it and marvel at it’s beauty. Over time and the passing of many generations, the climate changed and the large winds began to blow causing swells of great waves, which in turn stirred up the sediment and muddied the water. The result was that the jewel could no longer be seen and in time it’s very existence passed into the realm of legend and myth. But if you seek the silence, from time to time the winds will cease, the waves calm, and some of the sediment may settle, so that for those who might still be looking, the jewel may be glimpsed. Once one has seen the Jewel, no one can tell you that it is not really there, or that it is not of great value. So long as the winds of thought continue to disturb the water of our self nature, we cannot distinguish truth from untruth. It is imperative therefore that these winds be stilled. Roshi Kapleau In Zen, there is nothing to explain, Nothing to teach that will add to your knowledge, Unless it grows out of yourself, No knowledge is really of value to you, A borrowed plumage never grows. D.T. Suzuki