One of the original martial arts masters of Shuri was Sokon Matsumura, who was responsible for organizing the Shuri-te style. Matsumura was known as a master in both karate and kobujutsu (weaponry). Eventually he became the chief martial arts instructor and bodyguard for King Sho Ko. Legend has it that around 1839 he trained at South Shaolin Temple.    Some say that Matsumura was responsible for adopting the name “Shorin Ryu”, while others say it was his student Anko Itoshu (1830-1915). Regardless, “Shorin” is the Japanese pronunciation of “Shaolin” and purposely named after the famed Shaolin Temple.  The Matsumura style of teaching of the White Crane or Hakutsura kata, was passed down in secret to the family line. He was know for the technique of twisting and rotating his hips to generate enormous power. Today his kata Matsumura Passai is a part of our curriculum. A famous story exists about an opponent forfeiting a fight with Matsumura because his eyes had “the look of death” in them. In true samurai spirit Matsumura was ready to die in battle and therefore fought not for glory but for his life.  CONTRIBUTING MASTER - Xie Zhong Xiang (aka Ryu Ryu Ko) (1852 - 1930)  Of the White Crane masters of the last century perhaps Xie Zhong Xiang is perhaps the most famous. Having learnt from Pan Yu Ba, Xie Zhong Xiang became the first generation master of the Whooping Crane. Okinawan’s also refer to Xie Zhong Xiang as Ryu Ryu Ko. Details of Xie Zhong Xiang are sketchy, though possibly he was born in Changle, Fujian and died around 1930.  Some historians believe his teacher was Kwan Pang Yuiba, a student of Fang Qi Niang. It is said that Xie Zhong Xiang took on the alias Ryu Ryu Ko, to conceal his name and aristocratic lineage. An unresolved controversy remains among historians as they do not agree if Xie Zhong Xiang is the same identity as Ryu Ryu Ko or if indeed he ever existed, while some think Ryu Ryu Ko was the name of a place. 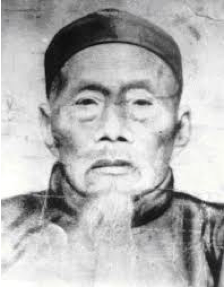 Ryu Ryu Ko was a first generation master of Whooping Crane, and together with his assistant Wan Shin Zan, taught Higaonna katas that have a striking resemblance to Goju Ryu which he later brought back to Okinawa (such as Suarunpai, Kururunfa, and Saifa). The Okinawan martial artists agree on his existence and that he taught in his home a small group of students believed to be:   Higaonna Kanryō (1853-1915; founder of Naha-te) Arakaki Seishō (1840-1918) Norisato Nakaima (1819－1879; founder of Ryūei-ryū)  Sakiyama Kitoku (1830–1914) Kojo Taitei (1837–1915) Maezato Ranpo (1838–1904) Matsuda Tokusaburo (1877–1931)

There are currently no comments for THE CONTRIBUTING MASTERS SERIES: by Kohai Hadad.