If anyone can be called the boss in modern, anti-hierarchical parenthood, it’s the children. 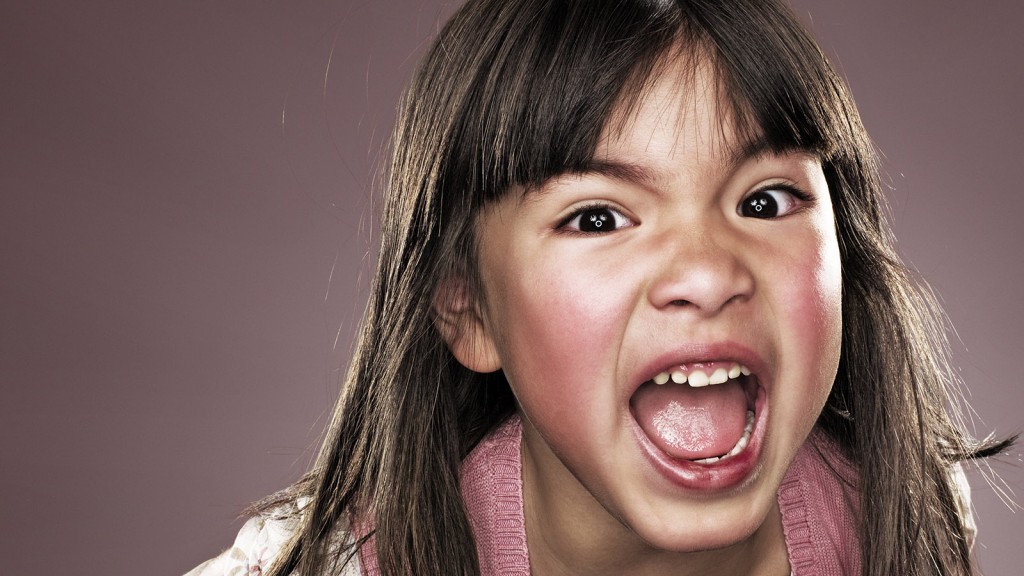 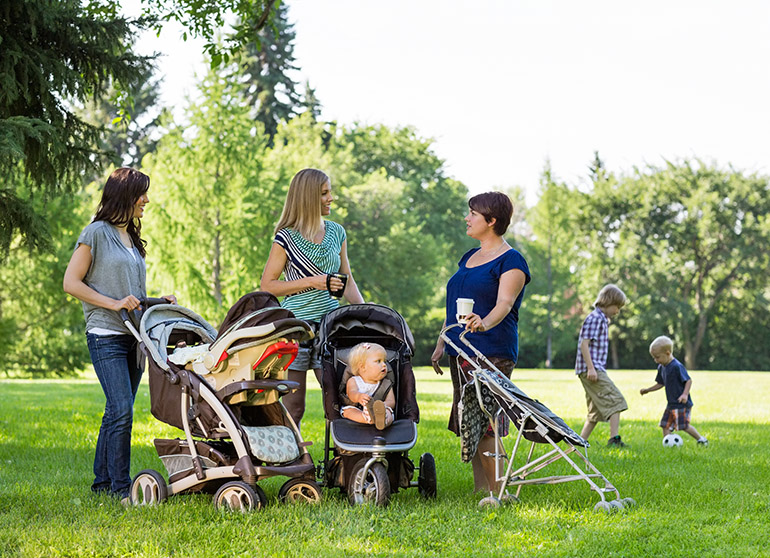 Mothers in a park. (Tyler Olson/Shutterstock)[/caption] With stakes so high, authoritative parenting would seem imperative. But there is a psychological hurdle that people will have to overcome first, says Nair: “How to respect their child but also be the decider” of the family. Part of the challenge lies in the fact that parents don’t want to fail—at nurturing and governing simultaneously—and they certainly don’t want their children to fail in their personal development, in school and at social networking. These worries feed off each other in the minds of parents; that’s why parents second-guess the way they speak to their kids, what they feed them, how they discipline them and what activities they permit. This is all the more true for the growing number of parents who delayed having children until they were “ready” with a secure job, a good home and a dependable partner. “People purposely wait so they can nail it,” says Bria Shantz, a 35-year-old mother of two in Vancouver. “That creates even more pressure. They want to get this perfect.” Shantz is, in fact, the daughter of Neufeld, and she has called upon him for advice or reassurance. That Shantz, who has a leading child psychologist in her family, one who helped raise her, can still occasionally succumb to parental insecurity, says everything about its potency: “There’s this slight panic. You want to do everything right,” she says. “Nothing prepares you for how much you want it to go well.” Related: Why men can’t have it all So as soon as parents conceive, they begin amassing a library of books on how to deal with the fantastic chaos about to enter their lives in the form of a baby; the collection grows with each developmental stage. They subscribe to online newsletters and smartphone apps that alert them on milestones their children should reach by a certain age. From the outset, parents are tracking how quickly their child is growing, how much they are achieving. For every expert a parent consults by phone or in person, they’re also checking in with the virtual wise man, Google. That almost never helps. There is no parental concern too obscure not to have an online group devoted to it. Shantz is part of one focused on “baby-wearing” because she’s trying to decide whether a “wrap” or a “ring sling” would be better for her nine-month-old. “It’s the weirdest site to be on. You see posts and you feel guilty because [parents] are carrying their babies everywhere, doing all these things, having this connection.” And yet Shantz hasn’t been able to delete herself from the group, even though she keeps meaning to; nor has she been able to pick between a wrap or sling. That pull and push moms and dads feel­—between caring about how other parents are raising their kids while rejecting the constant comparisons—defines this generation of parents for better and worse. Katie Hurley, a psychotherapist in Los Angeles and author of The Happy Kid Handbook: How to Raise Joyful Children in a Stressful World, says, “We’ve been conditioned to question ourselves—to constantly look for information to make sure we’re doing it right. Because of that, parents are in a state of learned helplessness.” So what are people supposed to do? The answer is so basic that at first it might seem unsatisfying: For starters, says Hurley, realize that “nobody knows what they’re doing when they leave the hospital with an infant. Every parent learns by trial and error”—every year of their child’s life, and with every child they raise. That’s as true today as it ever was, and parents who recognize this will shed some guilt and anxiety. Building on this idea, Nair says that parents must “have a higher tolerance for things not going well.” How they recover from their own occasional mistake, outburst, loss of patience or bad call may say more to a child than how they are in happy times. “We’re missing that opportunity, which is how learning works,” she says. “That’s how we become more confident.” Related reading: How much risk should we expose kids to?  A significant portion of Sax’s book is devoted to the importance of parents modelling traits they want to encourage in their children. Chief among them, he says, should be humility and conscientiousness—which run counter to inflating a child’s self-esteem and sense of entitlement. To that end, he encourages parents to fortify their adult relationships so they are not overly concerned with pleasing their kids as a way of satisfying their own need for affection. Neufeld also urges parents, including his own adult children, to establish a network of surrogate caregivers—relatives, neighbours, daycare workers—who will not undermine their authority but back them up when they need help. And invariably, they will. “Parenting is awfully frustrating and often a lonely place,” says Neufeld, especially when a child misbehaves. In those moments, he recommends parents reassure kids that their relationship isn’t broken. “When parents realize that they are their children’s best bet, it challenges them to their own maturity.” It gives them the confidence that they know what’s good for their kids, and that they should stand up to them—this is, in fact, an act of love required of parents. They become, in effect, the grown-ups their children need. Original article found at: http://www.macleans.ca/society/the-collapse-of-parenting-why-its-time-for-parents-to-grow-up/