The Bai He Quan Lineage 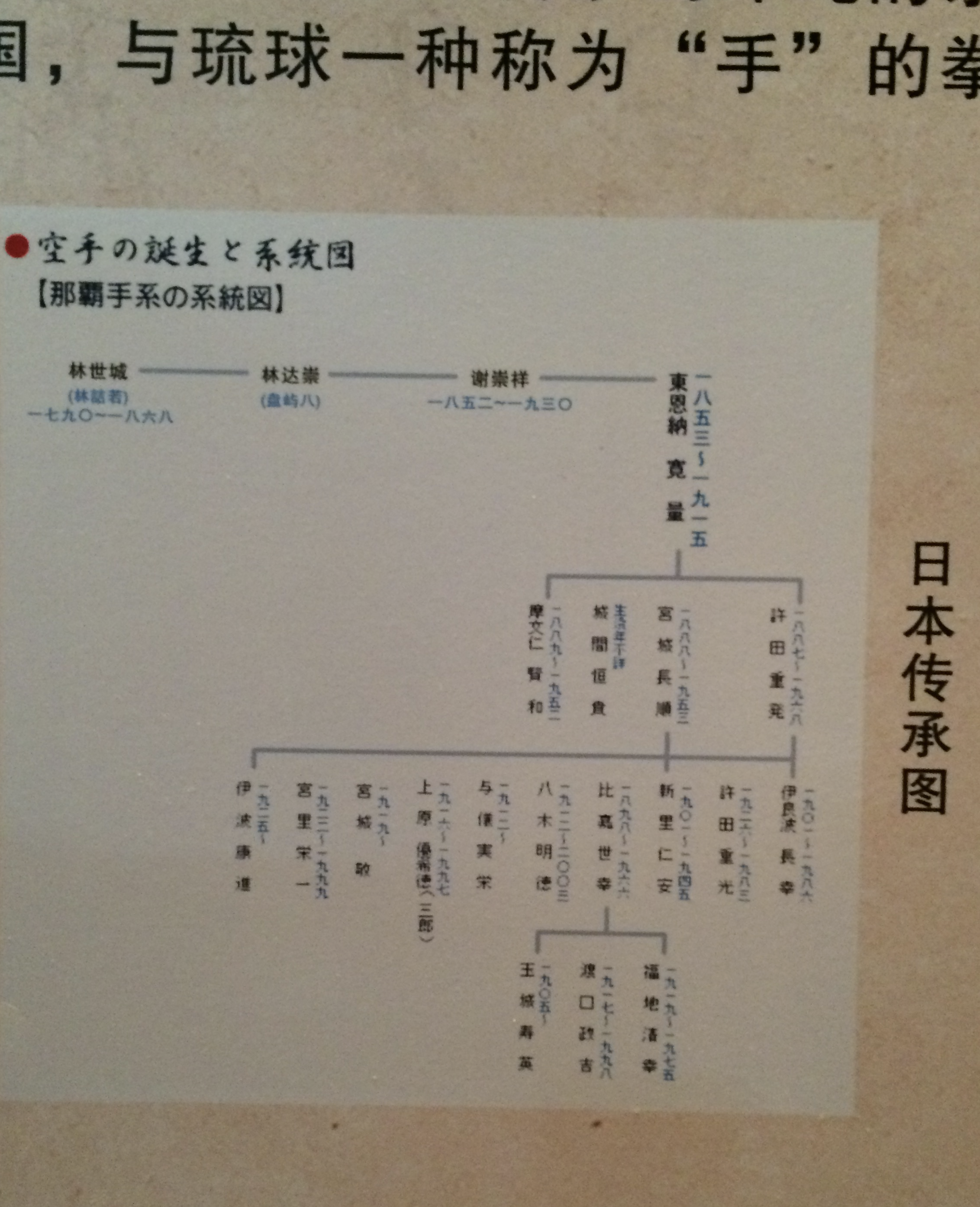 The current day head of Bai He Quan is Master Su, 12th in the Bai He Quan lineage.  In his training hall at his shrine there is a glass chamber box and inside honours Master Fang Qi Niang, and to the right the names of her five sons. To the left are another five names, these being her top five students with great influence, and to the centre notes the 28 students of Fang Qi Niang. There were more, though these were most notable.  Here is a picture of the lineage since Fang Qi Niang.  As noted, the lines split a couple of generations ago creating Master Pan’s family line and top student’s line. 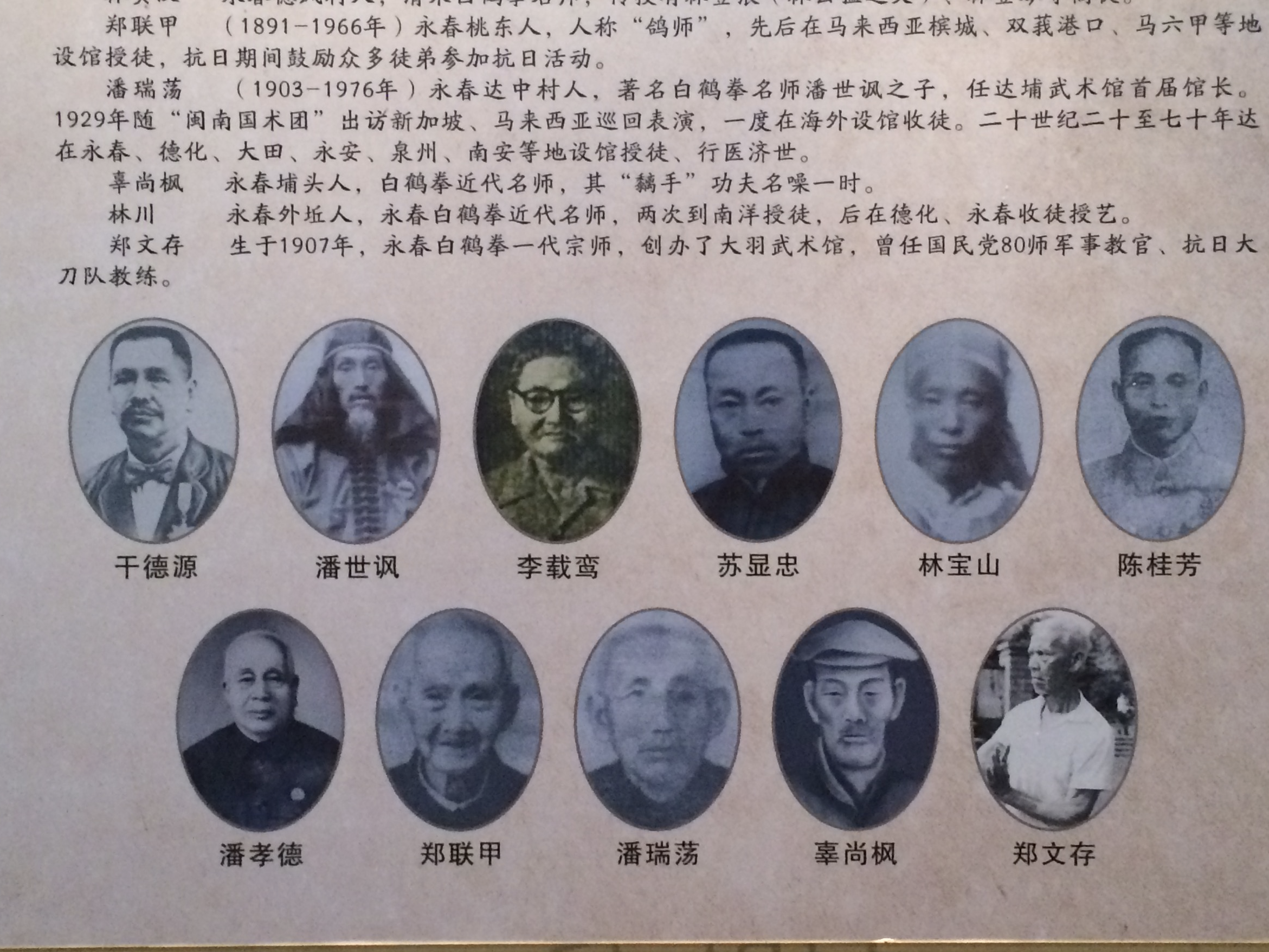 Shifu Pan, seen in the picture to the right (second from the top left), was very instrumental in the expansion of White Crane.  In 1928, he was the first to take a group outside of China to demonstrate Yong Chun Bai He Quan.  This was momental for the time as it was the first time in history a group was organized to do this without the required government’s involvement. 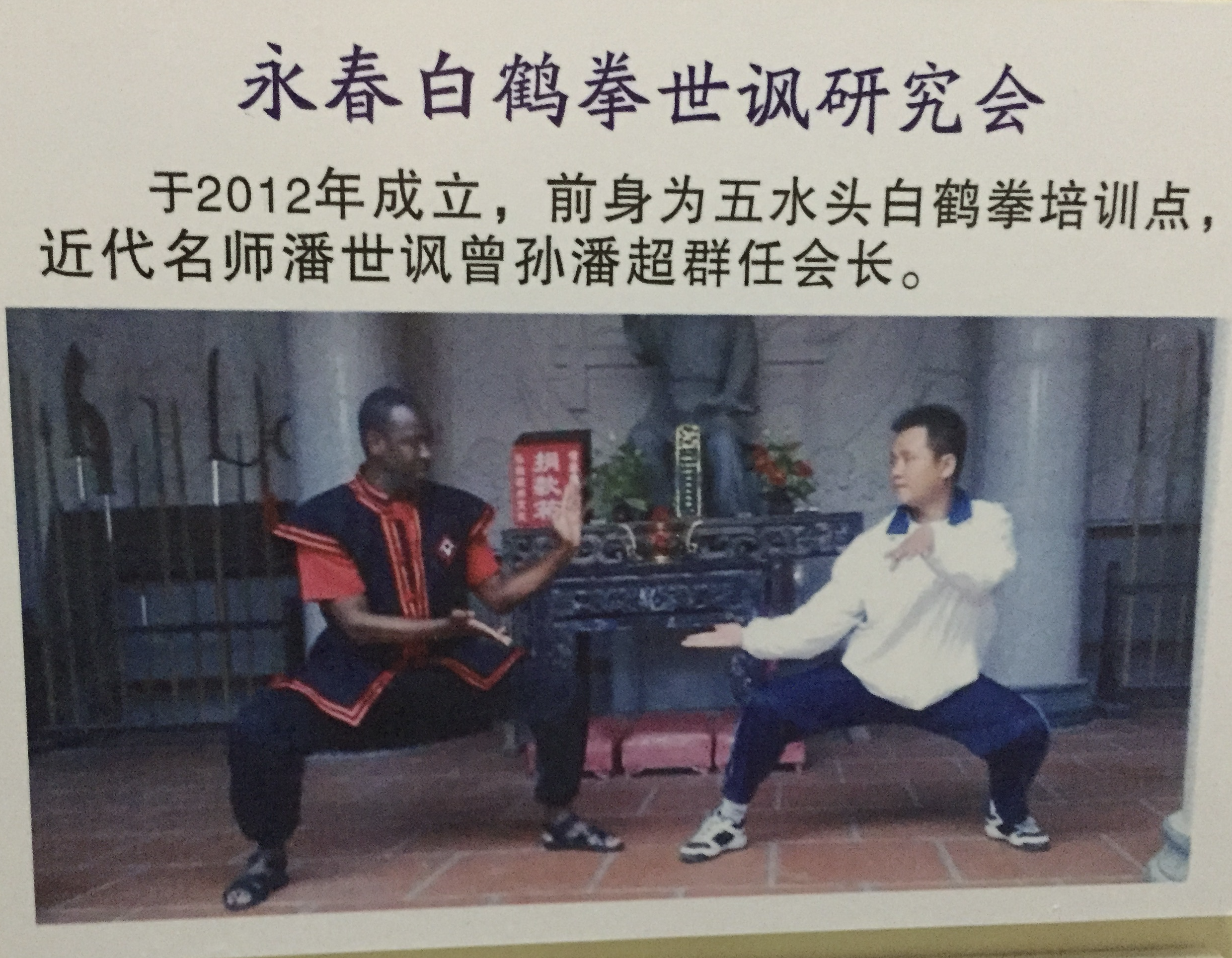 Our Martial Arts organization has orchestrated numerous training trips to China, the first two led by Hanshi Platt and the last three trips led by Sensei Williams. In Yong Chun we train directly with Master Su and his son also named Master Su, and his daughter as she is referred to as Mrs. Master Su who is world class award-winning martial arts competitor. Over the last decade, these China training tours happen directly with Master Su; a rich experience where he will demonstrate the application of the art, the correctness of the techniques, and the meaning behind the art, though for precision  of the forms he will default to his daughter. Both Senior Master Su and Mrs. Master Su are our organization’s Bai He Quan instructors, and in 2015 Sensei Williams was named Bai He Quan director and honoured by Master Su as the official representative of Ba He Quan in Canada and therefore considered 14th in the lineage. It is the desire of Master Su and his family to spread the white crane style internationally and have a designate in each country.   We are likely one of the few organizations that have had the privilege to train with both sides of the lineage, the family line and the best student line.  The family line is headed by the nephew of Shifu Pan whereas the best student of Shifu Pan is the lineage of Master Su. 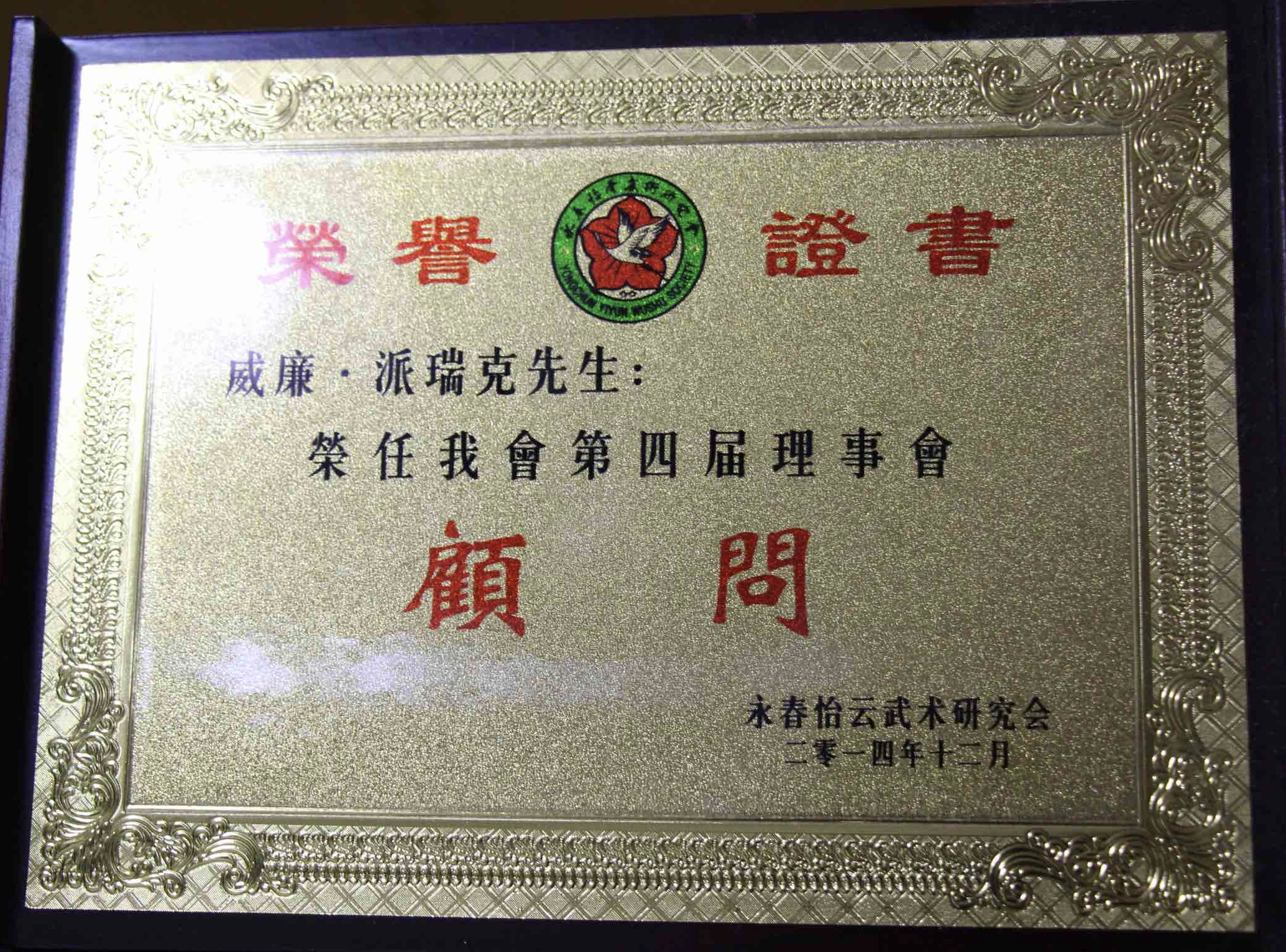 There are currently no comments for The Ba Hai Quan tradition by Kohai Dianne Hadad.