When combined with standard treatment, Tai Chi appears to be helpful for several medical conditions. For example: Arthritis. In a 40-person study at Tufts University, presented in October 2008 at a meeting of the American College of Rheumatology, an hour of TaiChi twice a week for 12 weeks reduced pain and improved mood and physical functioning more than standard stretching exercises in people with severe knee osteoarthritis. According to a Korean study published in December 2008 in Evidence-based Complementary and Alternative Medicine, eight weeks of Tai Chi classes followed by eight weeks of home practice significantly improved flexibility and slowed the disease process in patients with ankylosing spondylitis, a painful and debilitating inflammatory form of arthritis that affects the spine.   Low bone density. A review of six controlled studies by Dr. Wayne and other Harvard researchers indicates that Tai Chi may be a safe and effective way to maintain bone density in postmenopausal women. A controlled study of Tai Chi in women with osteopenia (diminished bone density not as severe as osteoporosis) is underway at the Osher Research Center and Boston’s Beth Israel Deaconess Medical Center. 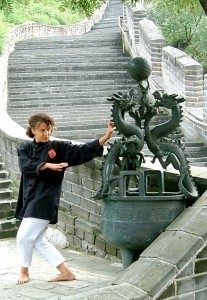 Breast cancer. Tai Chi has shown potential for improving quality of life and functional capacity (the physical ability to carry out normal daily activities, such as work or exercise) in women suffering from breast cancer or the side effects of breast cancer treatment. For example, a 2008 study at the University of Rochester, published in Medicine and Sport Science, found that quality of life and functional capacity (including aerobic capacity, muscular strength, and flexibility) improved in women with breast cancer who did 12 weeks of TaiChi, while declining in a control group that received only supportive therapy. Heart disease. A 53-person study at National Taiwan University found that a year of Tai Chi significantly boosted exercise capacity, lowered blood pressure, and improved levels of cholesterol, triglycerides, insulin, and C-reactive protein in people at high risk for heart disease. The study, which was published in the September 2008 Journal of Alternative and Complementary Medicine, found no improvement in a control group that did not practice Tai Chi. Heart failure. In a 30-person pilot study at Harvard Medical School, 12 weeks of practice improved participants’ ability to walk and quality of life. It also reduced blood levels of B-type natriuretic protein, an indicator of heart failure. A 150 patient-controlled trial is underway. Hypertension. In a review of 26 studies in English or Chinese published in Preventive Cardiology (Spring 2008), Dr. Yeh reported that in 85% of trials, Tai Chi lowered blood pressure — with improvements ranging from 3 to 32 mm Hg in systolic pressure and from 2 to 18 mm Hg in diastolic pressure. 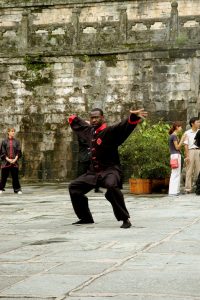 Parkinson’s disease. A 33-person pilot study from Washington University School of Medicine in St. Louis, published in Gait and Posture (October 2008), found that people with mild to moderately severe Parkinson’s disease showed improved balance, walking ability, and overall well-being after 20 sessions. Sleep problems. In a University of California, Los Angeles study of 112 healthy older adults with moderate sleep complaints, 16 weeks of Tai Chi improved the quality and duration of sleep significantly more than standard sleep education. The study was published in the July 2008 issue of the journal Sleep. Stroke. In 136 patients who’d had a stroke at least six months earlier, 12 weeks of Tai Chi improved standing balance more than a general exercise program that entailed breathing, stretching, and mobilizing muscles and joints involved in sitting and walking. Findings were published in the January 2009 issue of Neurorehabilitation and Neural Repair.

There are currently no comments for Tai chi for medical conditions (Information from Harvard School of Public Health).