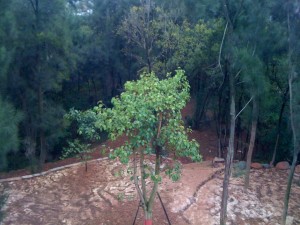 The view from the dormatory[/caption] Ni Hao Everyone Second week has been great! I've really settled in and gotten into the swing of things here. My Mandarin is coming along better now and I've got an American roommate who is fluent, so whatever I don't understand, he can translate. My body has finally gotten used to the training and I'm feeling more and more confident with the techniques. It seems strange that I'm halfway through my stay here already. It feels like less than a week rather than two. Time flys as they say. [caption id="attachment_2885" align="alignright" width="300"] 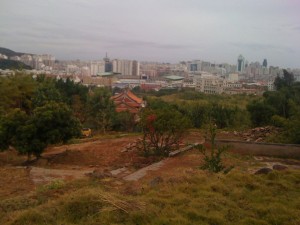 View of the Temple overlooking the city[/caption] As great as the Temple is I've also enjoyed my few days off immensely. I've taken to wandering round the city during my free time (when I'm not practicing or meditating). Every time I go out I'm amazed at how different everything is to Western cultures. 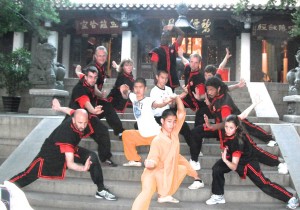 I've finished the form I was learning (which is called Yin Tung Ti and was invented by Sifu Zhen Fa, the monk who laughed at our crane face) and am relearning the Bo form. 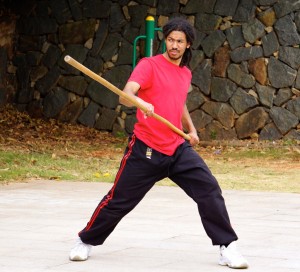 I'm still really enjoying myself and look forward to the next two weeks. I will have more for you next week. Xie xie Cole [caption id="attachment_2888" align="aligncenter" width="225"] 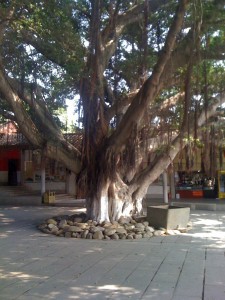