Size impresses people. The bigger the better. You see evidence of it everywhere – the size of automobiles, of buildings, of cities, of organizations. In the Martial Arts, some operators have taken advantage of people’s tendency to be impressed by size and lured students to their Dojo by proclaiming that their organization is the largest and by inference the best. Americans are not the only people impressed by size; the Japanese are just as susceptible. I remember when I was teaching in Yokohama, I met the Prince. He too was impressed by size. His ambition was to have the biggest Dojo and the largest number of students in the city. He took Karate lessons from all the teachers worthy of note in the Tokyo-Yokohama area. He studied for five years, then quit to form his own school. The prince finally convinced himself that he was a combination of Funakoshi, Itosu and Higashionna and started visiting the Dojo in Yokohama proclaiming his proficiency in the Art. Since he could blow his own horn louder and clearer than anyone else, he attracted many students. However, when they discovered that he had nothing to offer, they left as quickly as they had come. One night when he was in his cups (the Prince had struck up a close acquaintance with demon rum), he met an untimely demise trying to contest the right of way with a truck. There is nothing wrong with size per se, however in the Martial Arts quality is better than quantity. 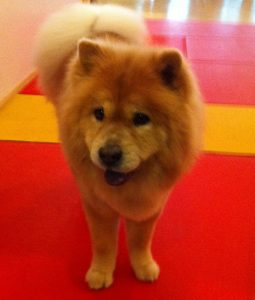 This reminds me of an old tale. There was much talk among the animal as to which of them could boast the largest family. They decided to settle the matter by sending messengers throughout the length and breadth of the country to ask all mothers how many children they bore at one time. Before the messengers had gone very far, they came to the lair of the lioness. “And how many cubs do you give birth to?” they asked. “Only one,” she replied, “but that one is the King of the Beasts.” O'Sensei Richard Kim