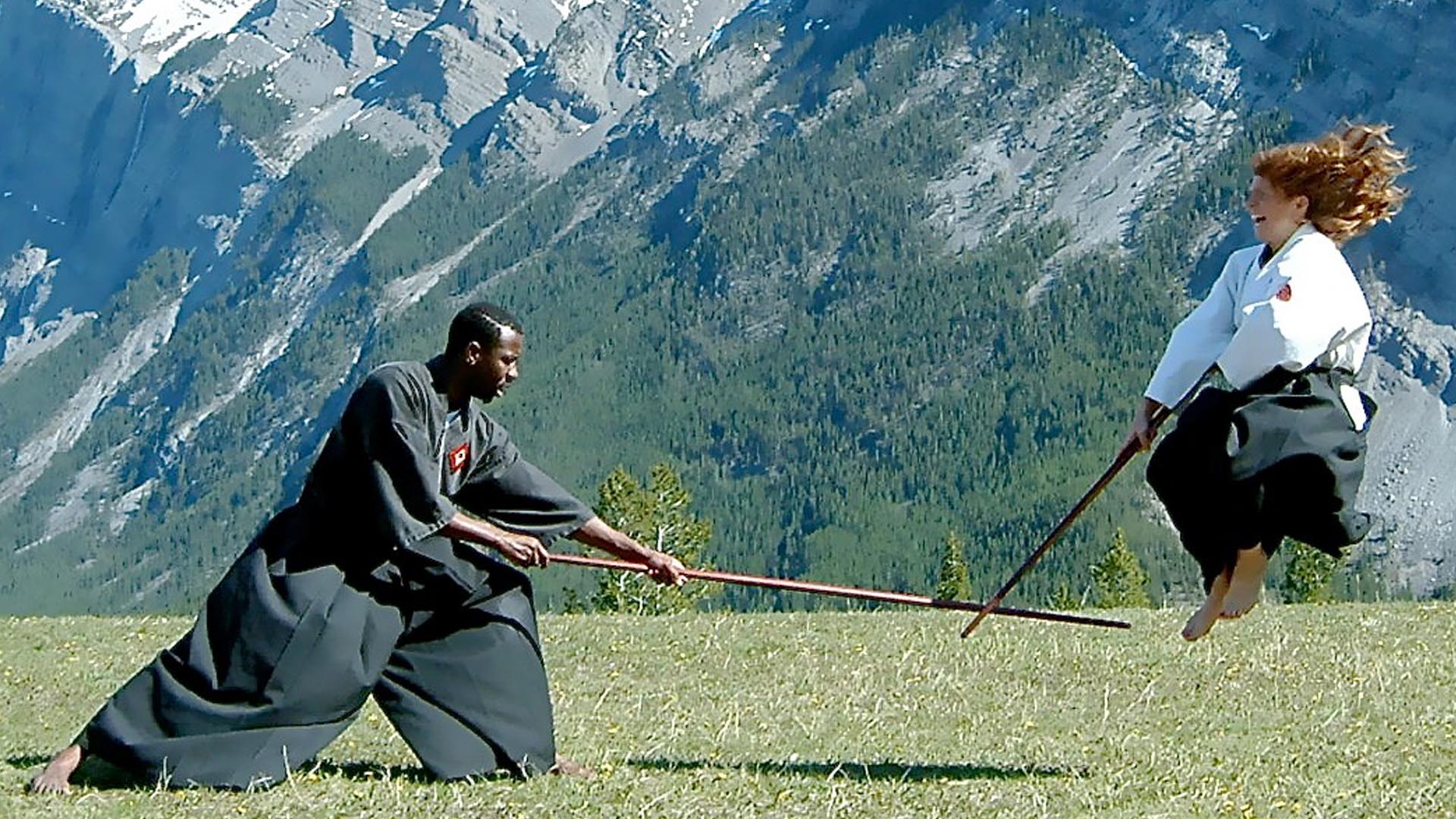 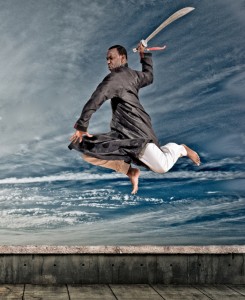 Okinawa is a string of islands that lie between China and Japan and has been a common battle field for both its neighbors for many centuries. The Okinawan weapons are an integral part of Okinawan martial arts. In 1477 all weapons in Okinawa were banned and confiscated. This political move directly led to the development of two different fighting systems. Te, practised by the nobility, is a form of empty hand combat; and Kobudo, developed by farmers and fishermen is a form of armed combat using simple farming tools and everyday implements as weapons. In both systems, training was conducted in strict secrecy. In some circles if one does not know weapons, one is not considered well rounded in martial arts.

Shaolin Sword Jump - Classical Martial Arts Centre Although there are eight different weapons in Okinawan Kobudo, the most commonly used and generally viewed as the core of the art are the bo, jo, tong fa, and the sai. Each weapon has its own set of kata and techniques of use in combat.

Today’s existing kata go back two or three hundred years or so; we can safely say that they were forged by masters experienced in combat.

Unfortunately the history of the fighting arts of the Orient depends more on an oral rather than a written history. Therefore, different opinions and interpretations exist among the historians as to the accuracy of the various divergent viewpoints regarding the founders and their times.

We can at least go back (with some degree of accuracy) to Aburaya Yamaki and Matsu Higa as the first to establish a systematized approach to kata and techniques. We definitely know that Matsu Higa was the Sensei of Takahara Peichin who taught Karate Sakugawa (1733-1815) who most historians readily agree was the fountainhead of modern Okinawan Kobudo.

After the year 1609 when the Satsuma clan of Japan subjugated the Ryukyus, the Japanese with their propensity for accuracy recorded quite a bit of the customs of the Ryukyus including the martial arts. 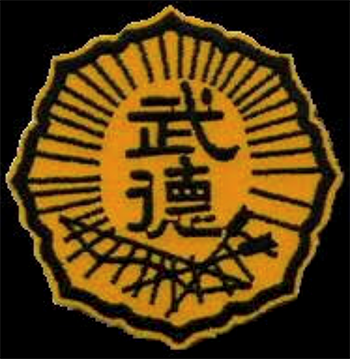 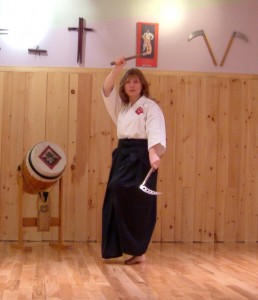 The weapons that we teach at our school are the bo (6′ staff), sai (forked prongs), jo (4′ staff), the tong fa (tool for grinding rice into flower), kama (sickle), ulesi (a Filipino weapon), knife procedures, Iaido (the way of drawing the sword), and Kenjutsu, (the use of the sword in battle). The major purpose of training with weapons is to teach the difference between life and death. This comes about when a person realizes just how lethal weapons are. There is a drastic difference between fighting with an empty hand and fighting with a weapon. For example, a punch to the chest stuns, while the same technique done with a sword kills. Therefore training with weapons requires greater mental focus than empty hand training, and it helps students gain a greater appreciation for life.

In Kobudo the weapon is simply used as an extension of the body. Nearly all basic Karate-Do moves can be duplicated with a weapon in your hand, therefore, the perfection of basic moves is a necessity for weapons training. The most useful weapons for present day training are either the bo or the jo, usually made from oak. The police night stick is derived from the tong fa. The same moves learned with these weapons can be applied to a broom, walking stick, umbrella or a rolled up newspaper. 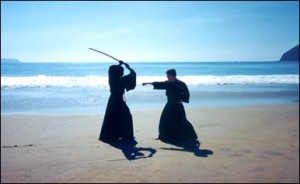 Niten Ichi Ryu - Classical Martial Arts CentreIaido is the art of drawing and cutting with the Katana. This method of practice dates back to the Tokugawa Period 400 years ago. We study Seitei Iaido, and Muso Jikiden Eishin Ryu Iaido.

Kenjutsu is the science of using the sword after it is drawn: the honing of battlefield techniques, timing, strategy, accuracy, strength, balance, etcetera. This art would have originated at the same time as the sword itself. We study Tachi Uchi No Karai from the Jikiden school of Iaido, and the sword of Miyomoto Musashi, Niten Ichi Ryu.

Jodo, the way of the 50 inch staff dates back to the late 16th Century when two famous Samurai fought each other, with the result that Miyomoto Musashi’s two sword style defeated Muso Gonosoke’s six foot bo. After the defeat the latter trained with the Yama Bushi and meditated in retreat wherein the essence of the art of Jodo was revealed to him. 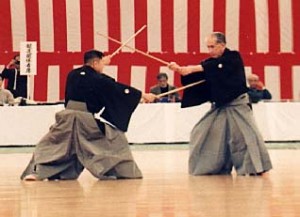 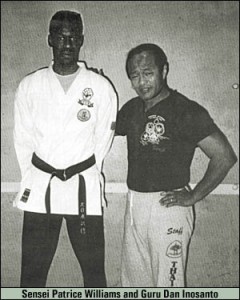 Escrima (which means to skirmish) is a Filipino Martial Art which has been traced back to the 9th century. When the Spanish first invaded the Philippines in the 16th century, their steel swords and armour proved no match for the Filipinos swift, elusive, and vicious sticks. 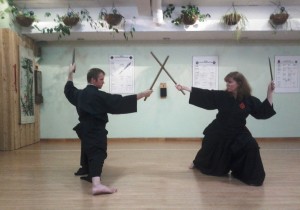 The turbulent land saw many battles. The Filipinos learned new techniques from each invading force and developed a complex fighting system using empty hands, swords, sticks, clubs, staffs, lances, and knives. Eventually the Spanish managed to subdue the Filipinos by use of firearms, and thus conquered the land. In 1764, when Spanish control was complete, the practice of Escrima was outlawed. 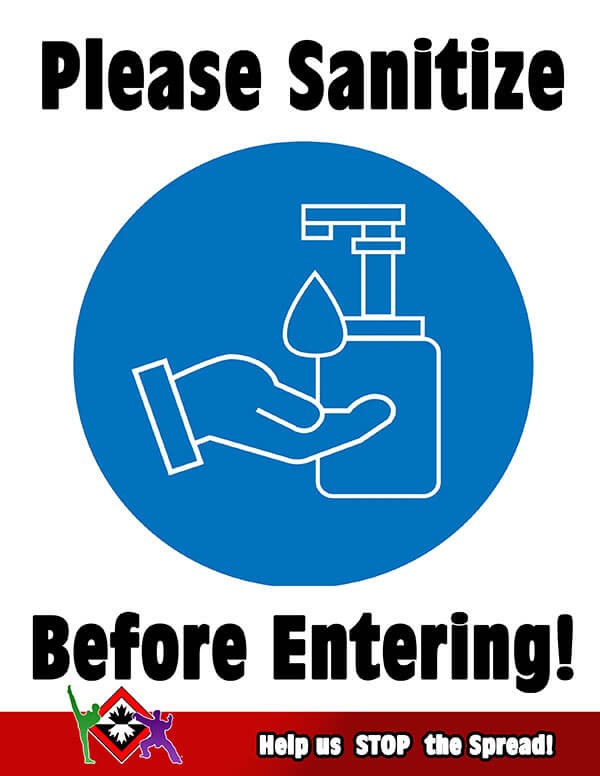 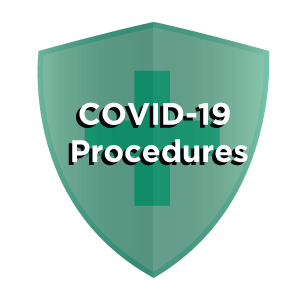 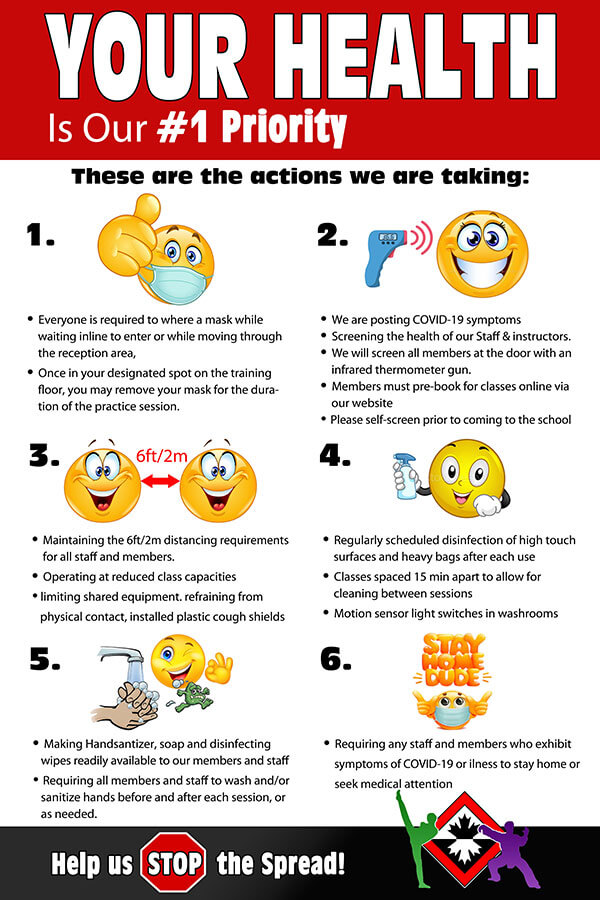 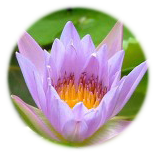 If you are looking for a specific class time, please use the filters below to find your class: 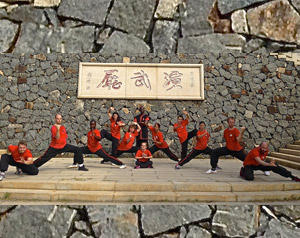 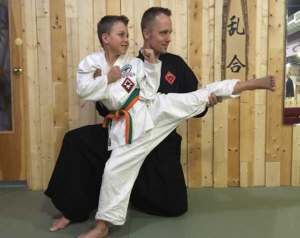 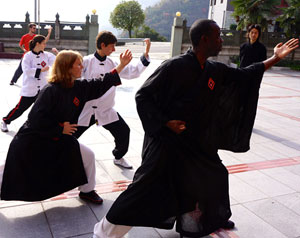 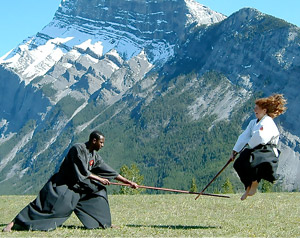 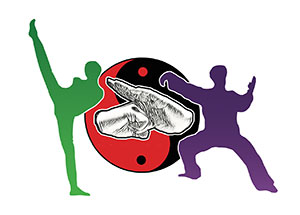 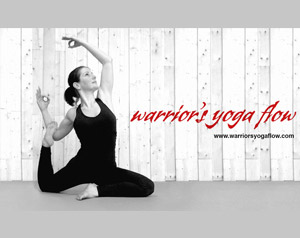