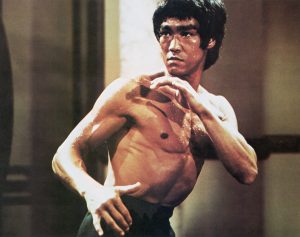 Chinese-American martial artist Bruce Lee (1940 - 1973), in a karate stance, early 1970s. [/caption] In this series we will look at some of Bruce Lee's writings, courtesy of this in-depth post, examining how Bruce Lee was one of the first people to introduce eastern philosophy to a western audience.

EMOTION: — Realizing that my emotions are both POSITIVE and negative I will form daily HABITS which will encourage the development of the POSITIVE EMOTIONS, and aid me in converting the negative emotions into some form of useful action. - Bruce Lee