By Yamaguchi Gogen - The cat

Jiyu -kumite refers to the practice of using all the techniques you have learned until now against an opponent. You cannot be off your guard even a second. This is a very serious training method. If you do it for enjoyment, you can get injured.  Jiyu-kumite is not designed for deciding victory or defeat. It is the practice of offense and defense with the development of the techniques. You cannot improve if you always think about victory. As a matter of fact, you should not excite (or stimulate) your opponent more than needed when you practice kumite. You have to respect any opponent you have when you practice.

“You cannot improve if you always think about victory." 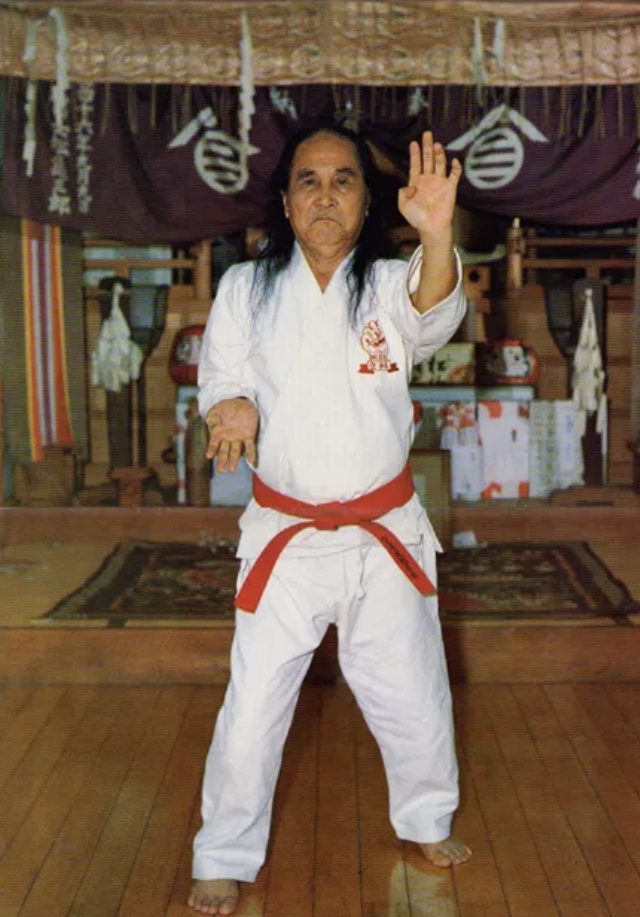 In kumite, it is forbidden to attack your opponent with direct contact. As a principle, any technique you use will have to be stopped before it connects. However, when you are in defense, you have to practice as if you are actually being attacked. Any injuries in kumite are usually because of carelessness. Especially common i s the injury of fingers when the fist is opened. The fist needs to be firmly closed. Practicing using an open hand should be restricted until you improve enough. There are eight kyo (opportunities) to take advantage of when you attack: The five unguarded moments you have to prevent when you are in defense: 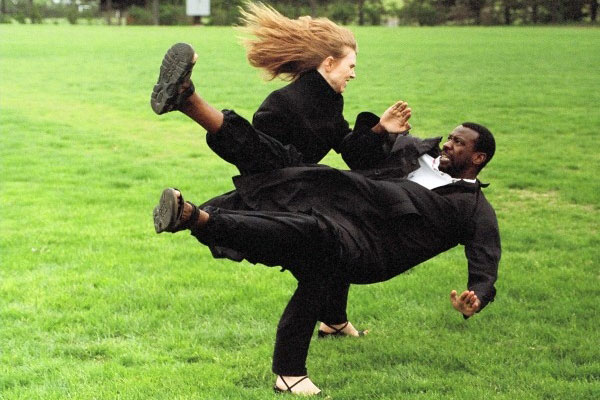 (4) Kumite of Self-Defense for Women

Editor's note: While Yamaguchi's portrayal of women in karate is not consistent with modern thinking in the west, his statements are interesting from a historical point perspective and show that he was progressive in his thinking in a country once dominated by the male point of view. Karate-do is spreading rapidly among men. As yet, there are not many women who want to learn karate-do. However, recently, some women who are interested in karate-do can be found here and there practicing in dojo. Few women are practicing karate with men, especially in foreign countries. There are classes just for women and more women are becoming interested in karate-do. Since ancient times, the practice of karate-do was very strict and designed for fighting. For that reason, karate had unrelated techniques for women. However, as the eras went by, karate-do modernized and now, it is thought that through practicing kata many people start learning karate as a self-defense. When women want to learn karate-do, the purpose is for self-defense as explained above. The discipline acquired during the practice, character building through courtesy, and the increased body strength are all beneficial. From ancient times on, the techniques that are used for karate are adopted to the dance of the East and the dance of Okinawa. In dance, the meaning of the dance and the movements of the hands and legs of karate are taken in an aesthetic sense. Especially, the harmony of the systematic movements in a kata is worth performing without question, by both men and women. Compared to the powerful performances by men, the elegant performances by women can be equated to a dance. It is no exaggeration if I say there are elements of the stillness you can see in Noh (Japanese ancient dance) in the movements of karate, as well as the rhythm you can see in modern dance and the delicate balance of Thai dance.

There are currently no comments for Goju-Ryu Karate-Do Kyohan: Practice Fighting 2.