Three billion people, around 40% of the world’s population, use online social media – and we’re spending an average of two hours every day, sharing, liking, tweeting and updating on these platforms, according to some reports. That breaks down to around half a million tweets and Snapchat photos shared every minute. With social media playing such a big part in our lives, could we be sacrificing our mental health and well-being as well as our time? What does the evidence actually suggest? Since social media is relatively new to us, conclusive findings are limited. The research that does exist mainly relies on self-reporting, which can often be flawed, and the majority of studies focus on Facebook. That said, this is a fast-growing area of research, and clues are beginning to emerge. BBC Future reviewed the findings of some of the science so far: STRESS People use social media to vent about everything from customer service to politics, but the downside to this is that our feeds often resemble an endless stream of stress. In 2015, researchers at the Pew Research Center based in Washington DC sought to find out if social media induces more stress than it relieves. In the survey of 1,800 people, women reported being more stressed than men. Twitter was found to be a “significant contributor” because it increased their awareness of other people’s stress. But Twitter also acted as a coping mechanism – and the more women used it, the less stressed they were. The same effect wasn’t found for men, whom the researchers said had a more distant relationship with social media. Overall, the researchers concluded that social media use was linked to “modestly lower levels” of stress. 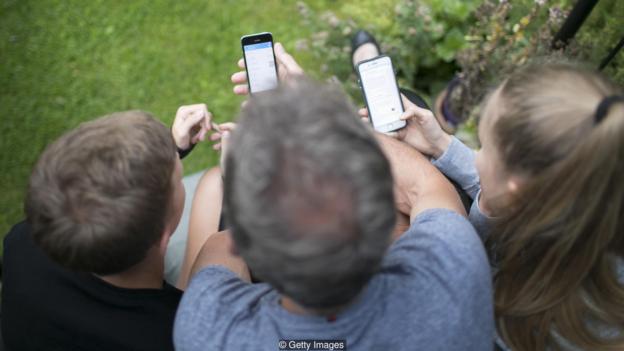 The presence of a phone affects the quality of conversation, some studies suggest (Credit: Getty Images)
MOOD In 2014, researchers in Austria found that participants reported lower moods after using Facebook for 20 minutes compared to those who just browsed the internet. The study suggested that people felt that way because they saw it as a waste of time. A good or bad mood may also spread between people on social media, according to researchers from the University of California, who assessed the emotional content of over a billion status updates from more than 100 million Facebook users between 2009 and 2012. Bad weather increased the number of negative posts by 1%, and the researchers found that one negative post by someone in a rainy city influenced another 1.3 negative posts by friends living in dry cities. The better news is that happy posts had a stronger influence; each one inspired 1.75 more happy posts. Whether a happy post translates to a genuine boost in mood, however, remains unclear. ANXIETY Researchers have looked at general anxiety provoked by social media, characterised by feelings of restlessness and worry, and trouble sleeping and concentrating. A study published in the journal Computers and Human Behaviour found that people who report using seven or more social media platforms were more than three times as likely as people using 0-2 platforms to have high levels of general anxiety symptoms. That said, it’s unclear if and how social media causes anxiety. Researchers from Babes-Bolyai University in Romania reviewed existing research on the relationship between social anxiety and social networking in 2016, and said the results were mixed. They concluded that more research needs to be done. 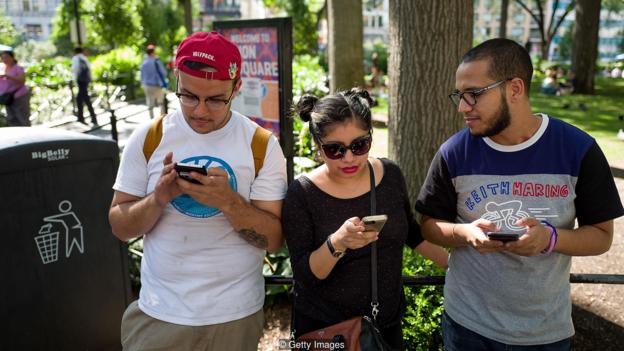 Social media mimics many of the rewards of games and play, which can pose an attractive lure (Credit: Getty Images)

DEPRESSION While some studies have found a link between depression and social media use, there is emerging research into how social media can actually be a force for good. Two studies involving more than 700 students found that depressive symptoms, such as low mood and feelings of worthlessness and hopelessness, were linked to the quality of online interactions. Researchers found higher levels of depressive symptoms among those who reported having more negative interactions. A similar study conducted in 2016 involving 1,700 people found a threefold risk of depression and anxiety among people who used the most social media platforms. Reasons for this, they suggested, include cyber-bullying, having a distorted view of other people’s lives, and feeling like time spent on social media is a waste. However, as BBC Future will explore this month in our #LikeMinded season, scientists are also looking at how social media can be used to diagnose depression, which could help people receive treatment earlier. Researchers for Microsoft surveyed 476 people and analysed their Twitter profiles for depressive language, linguistic style, engagement and emotion. From this, they developed a classifier that can accurately predict depression before it causes symptoms in seven out of 10 cases. Researchers from Harvard and Vermont Universities analysed 166 people’s Instagram photos to create a similar tool last year with the same success rate. SLEEP Humans used to spend their evenings in darkness, but now we’re surrounded by artificial lighting all day and night. Research has found that this can inhibit the body’s production of the hormone melatonin, which facilities sleep – and blue light, which is emitted by smartphone and laptop screens, is said to be the worst culprit. In other words, if you lie on the pillow at night checking Facebook and Twitter, you’re headed for restless slumber. Last year, researchers from the University of Pittsburgh asked 1,700 18- to 30-year-olds about their social media and sleeping habits. They found a link with sleep disturbances – and concluded blue light had a part to play. How often they logged on, rather than time spent on social media sites, was a higher predictor of disturbed sleep, suggesting “an obsessive ‘checking’”, the researchers said. The researchers say this could be caused by physiological arousal before sleep, and the bright lights of our devices can delay circadian rhythms. But they couldn’t clarify whether social media causes disturbed sleep, or if those who have disturbed sleep spend more time on social media. 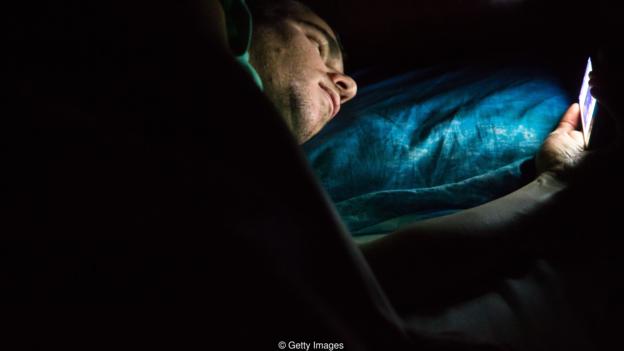 One of the worst times to use social media may be just before bed (Credit: Getty Images)