Three billion people, around 40% of the world’s population, use online social media – and we’re spending an average of two hours every day, sharing, liking, tweeting and updating on these platforms, according to some reports. That breaks down to around half a million tweets and Snapchat photos shared every minute. ADDICTION Despite the argument from a few researchers that tweeting may be harder to resist than cigarettes and alcohol, social media addiction isn’t included in the latest diagnostic manual for mental health disorders. That said, social media is changing faster than scientists can keep up with, so various groups are trying to study compulsive behaviours related to its use – for example, scientists from the Netherlands have invented their own scale to identify possible addiction. And if social media addiction does exist, it would be a type of internet addiction – and that is a classified disorder. In 2011, Daria Kuss and Mark Griffiths from Nottingham Trent University in the UK have analysed 43 previous studies on the matter, and conclude that social media addiction is a mental health problem that “may” require professional treatment. They found that excessive usage was linked to relationship problems, worse academic achievement and less participation in offline communities, and found that those who could be more vulnerable to a social media addiction include those dependent on alcohol, the highly extroverted, and those who use social media to compensate for fewer ties in real life. SELF-ESTEEM Women’s magazines and their use of underweight and Photoshopped models have been long maligned for stirring self-esteem issues among young women. But now, social media, with its filters and lighting and clever angles, is taking over as a primary concern among some campaigning groups and charities. Social media sites make more than half of users feel inadequate, according to a survey of 1,500 people by disability charity Scope, and half of 18- to 34-year-olds say it makes them feel unattractive. A 2016 study by researchers at Penn State University suggested that viewing other people’s selfies lowered self-esteem, because users compare themselves to photos of people looking their happiest. Research from the University of Strathclyde, Ohio University and University of Iowa also found that women compare themselves negatively to selfies of other women. 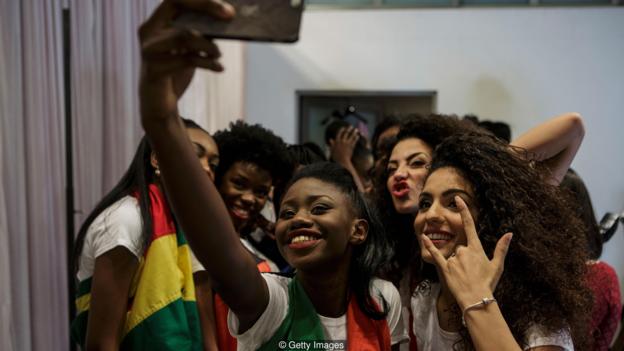 Selfies may have downsides for the viewer (Credit: Getty Images)

But it’s not just selfies that have the potential to dent self-esteem. A study of 1,000 Swedish Facebook users found that women who spent more time on Facebook reported feeling less happy and confident. The researchers concluded: “When Facebook users compare their own lives with others’ seemingly more successful careers and happy relationships, they may feel that their own lives are less successful in comparison.” But one small study hinted that viewing your own profile, not others, might offer ego boosts. Researchers at Cornell University in New York put 63 students into different groups. Some sat with a mirror placed against a computer screen, for instance, while others sat in front of their own Facebook profile. Facebook had a positive effect on self-esteem compared to other activities that boost self-awareness. Mirrors and photos, the researchers explained, make us compare ourselves to social standards, whereas looking at our own Facebook profiles might boost self-esteem because it is easier to control how we’re presented to the world. WELL-BEING In a study from 2013, researchers texted 79 participants five times a day for 14 days, asking them how they felt and how much they’d used Facebook since the last text. The more time people spent on the site, the worse they felt later on, and the more their life satisfaction declined over time. But other research has found, that for some people, social media can help boost their well-being. Marketing researchers Jonah Berger and Eva Buechel found that people who are emotionally unstable are more likely to post about their emotions, which can help them receive support and bounce back after negative experiences. Overall, social media’s effects on well-being are ambiguous, according to a paper written last year by researchers from the Netherlands. However, they suggested there is clearer evidence for the impact on one group of people: social media has a more negative effect on the well-being of those who are more socially isolated. 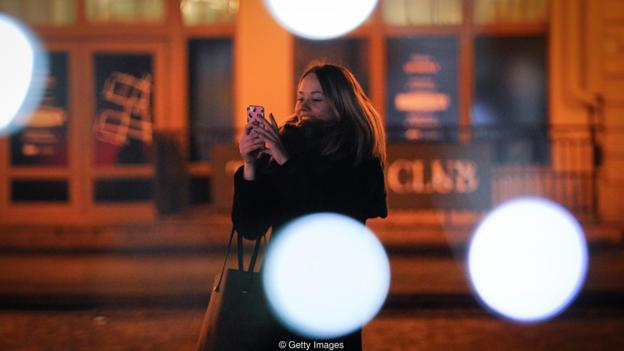 RELATIONSHIPS If you’ve ever been talking to a friend who’s pulled their phone out to scroll through Instagram, you might have wondered what social media is doing to relationships. Even the mere presence of a phone can interfere with our interactions, particularly when we’re talking about something meaningful, according to one small study. Researchers writing in the Journal of Social and Personal Relationships tasked 34 pairs of strangers with having a 10-minute conversation about an interesting event that had happened to them recently. Each pair sat in private booths, and half had a mobile phone on the top of their table. Those with a phone in eyeshot were less positive when recalling their interaction afterwards, had less meaningful conversations and reported feeling less close to their partner than the others, who had a notebook on top of the table instead. Romantic relationships aren’t immune, either. Researchers at the University of Guelph in Canada surveyed 300 people aged 17-24 in 2009 about any jealousy they felt when on Facebook, asking questions such as, ‘How likely are you to become jealous after your partner has added an unknown member of the opposite sex?’. Women spent much more time on Facebook then men, and experienced significantly more jealousy when doing so. The researchers concluded they “felt the Facebook environment created these feelings and enhanced concerns about the quality of their relationship”. 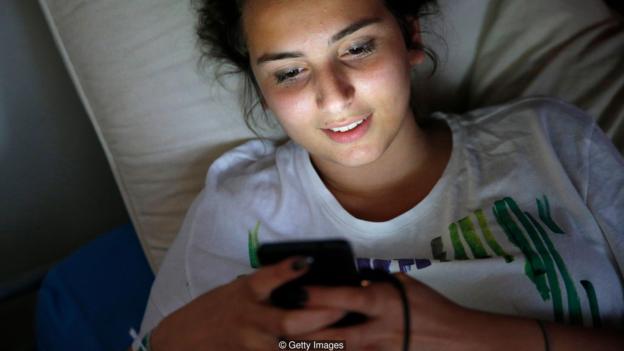 In one survey of 1,800 people, women reported being more stressed by social media than men (Credit: Getty Images)

ENVY In a study involving 600 adults, roughly a third said social media made them feel negative emotions – mainly frustration – and envy was the main cause. This was triggered by comparing their lives to others’, and the biggest culprit was other people’s travel photos. Feeling envious caused an “envy spiral”, where people react to envy by adding to their profiles more of the same sort of content that made them jealous in the first place. However, envy isn’t necessarily a destructive emotion – it can often make us work harder, according to researchers from Michigan University and the University of Wisconsin-Milwaukee. They asked 380 students to look at “envy-eliciting” photos and texts from Facebook and Twitter, including posts about buying expensive goods, travelling and getting engaged. But the type of envy the researchers found is “benign envy”, which they say is more likely to make a person work harder. LONELINESS A study published in the American Journal of Preventive Medicine last year surveyed 7,000 19- to 32-year-olds and found that those who spend the most time on social media were twice as likely to report experiencing social isolation, which can include a lack of a sense of social belonging, engagement with others and fulfilling relationships. Spending more time on social media, the researchers said, could displace face-to-face interaction, and can also make people feel excluded. “Exposure to such highly idealised representations of peers’ lives may elicit feelings of envy and the distorted belief that others lead happier and more successful lives, which may increase perceived social isolation.” CONCLUSIONS? It’s clear that in many areas, not enough is known yet to draw many strong conclusions. However, the evidence does point one way: social media affects people differently, depending on pre-existing conditions and personality traits. As with food, gambling and many other temptations of the modern age, excessive use for some individuals is probably inadvisable. But at the same time, it would be wrong to say social media is a universally bad thing, because clearly it brings myriad benefits to our lives.