The Chinese zodiac calendar is a repeating 12-year cycle — with one animal assigned to each year. It starts with the rat, followed by the ox, tiger, rabbit, dragon, snake, horse, goat, monkey, rooster, dog, pig. It also has five element years: wood, fire, earth, metal and water. How did this come to be? Think of it like the Noah’s ark story without the flood. Here’s how the myth goes: The Lord Buddha was planning to depart Earth, all animals were summoned for a last farewell, many RSVP-ed but only 12 turned up. As a reward, each got a year named after them, according to the order that they arrived. It's a white, metal, Ox this year. Most seem very stern but this guy looks pretty happy. 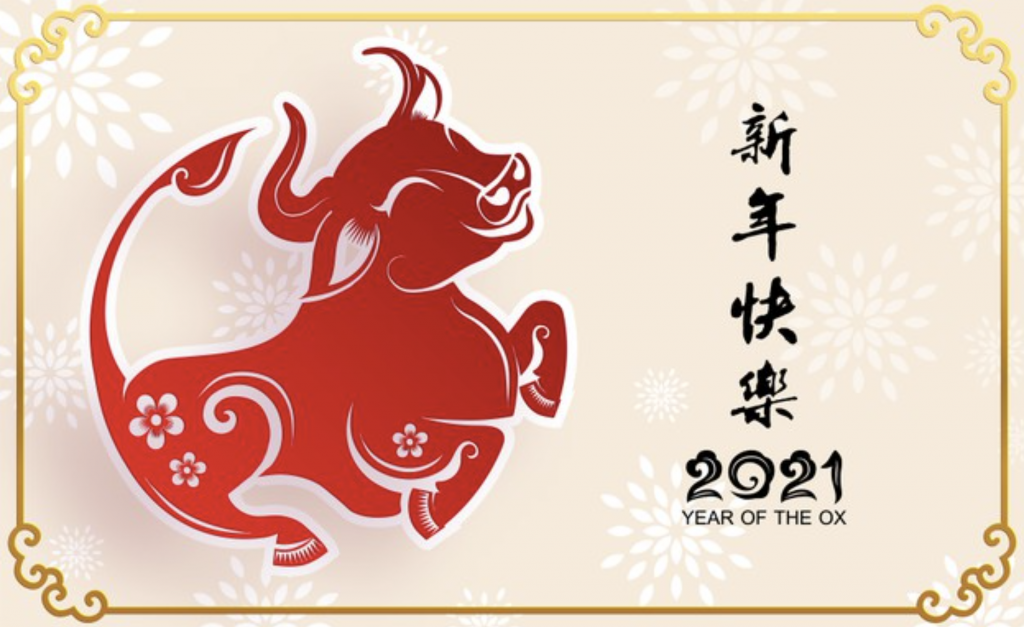 The ox represents being grounded, hard work, positivity and honesty. Unsurprisingly, astrologers are saying these will be much needed in 2021. In China, the ox is also thought of as an animal of great strength linked to harvests and fertility. Feng shui, finds this animal auspicious and with wish-granting abilities from education to relationships.