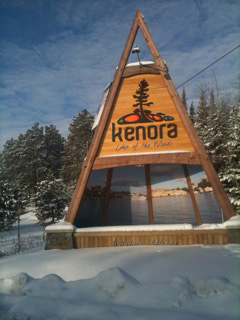 “All monks were great travellers. They walked for miles and miles through fields, and over mountains, going from temple to temple looking for those who would get their spark to flash... to cause them reach Wu or satoryi" Alan Watts

Dear Sensei, Senpais, Kohais, Nidans, Shodans and Kyus of the Toronto Central Region, How are you all and how is Mahatma doing? I am so missing training with you at the Hasu Dojo! I trust that the volunteer FishKeepers who agreed to replace me are doing their job and keeping Mahatma’s water fresh and clean. There is a large tank of schooling fish in the building I work in and so far I have managed to visit them every day because they remind me of Mahatma, thought they are silver, not red. 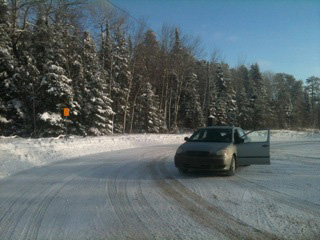 As many of you know, I left Toronto on Jan 1st to move to Calgary and start a new job as a Heath Equity Strategist with the Alberta Health Services. My 4-day drive from Toronto to Calgary was nothing less than exciting. Ontario is such a large and geographically diverse province and Northern Ontario is incredibly beautiful and really looks like a winter wonderland with all the Christmas tree like conifers covered in snow. It took me 2 days to leave Ontario and every turn of the road was more breathtakingly beautiful than last. The drive along Lake Superior is simply spectacular. It is always an adventure to drive across Canada, and this is my third such trip, but I have never done a mid-winter northern Ontario and across the prairies road trip before. My martial arts training and particularly my meditation skills were so useful as I drove hour after hour in at times harrowing conditions, with whiteouts north of Parry Sound and snow squalls blowing off Lake Superior, where all I could do as I drove through the blowing snow at night was to keep my eyes on the tail lights of the truck in front of me, black ice on the roads near Kenora and blowing snow covering the highways on the prairies. It was a challenge for which my training had prepared me well. Stay focused on the present moment, keep breathing and keep moving forward. Lesson learned. Thank you, Sensei! 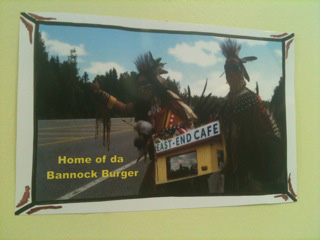 I arrived safe and sound in Calgary on Friday Jan 4th and drove straight to my new office to met my new boss and colleagues and see my workspace. It promised to be an excellent place to work, with a fitness centre on site, so I can go and work out in the gym at lunch-time, and maybe even keep up my teaching by offering a tai chi and/or a karate class. My workplace is also one of the few workplaces I know of that offers a sweat-lodge program to all staff and clients so I will be checking that out for sure. Thanks to one of the tai chi black shirts I had a place to land at the home of her sister and partner. Thanks Katherine!! I totally appreciated having some native Calgarians to have dinner with on my first day in town and to help orient me to the best routes to work, where the grocery stores and health food stores are and what might be some good neighbourhoods to live in. They have been an incredible resource. Yeah for dojo camaraderie! 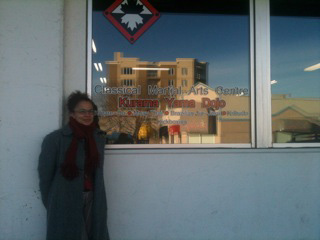 On Saturday I went check out to the local Calgary CMAC dojo - Kurama Yama Dojo. I arrived after his Saturday black belt class was done so I only got to see the dojo. My first class was the Wednesday evening after I arrived. After all the changes, new city, new work, new home, it was wonderful to go somewhere that felt familiar – another CMAC dojo. It was very nice training with a familiar face - Tammy, the Sensei of the CMAC Langdon dojo, a karate sandan like myself, is Sensei Sukys’ senior student. I had met her before at CMAC gradings in Burlington. Her son, Eric, is a Senpai at the Calgary dojo and they were both very welcoming. 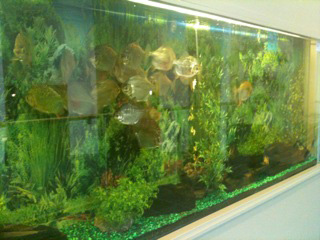 Sensei Sukys’s dojo is quite small in numbers currently as he is just re-opening after a bit of a haiatus. In the first class I attended, he had 3 white belts who are going to be grading for yellow later this month and 3 new students as well as the two other black belts and myself. Tammy led the warm up. Then we bowed in. The black belts did some self-defense combinations and then we did some kata - shi so chin, sei san sho and chu and kororumfa. It was great to get back to my karate training. I got a taste of the Calgary winter that first night I went to the dojo as there was no snow before I went into class but there was at least 6-8 inches when I came out - it was very bad driving home. Many Calgarians drive 4x4 type trucks and speed along the Trails [kind of like Allan Expressway, but scattered through town] even during the snow. I will get used to it! 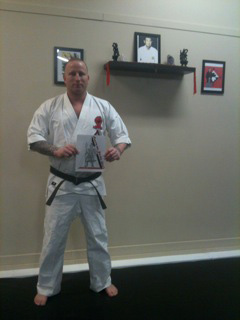 I have since been to 4 karate classes and 2 muay thai classes at the dojo. Classes here are quite different from the Hasu classes – they are not as intense and not as long, and no one is a good a karate instructor, with an eye for detail and a willingness to correct stances and posture, as our Sensei, Sensei Williams. I was not very happy when I first went to the new dojo and felt that I needed to find my ‘Inner Sensei’ to keep up my enthusiasm for the training. Then I realize that no two dojos are the same and that after 13+ years training with Sensei Williams I have an excellent base in the basics. I know what good stances are and good technique and know how to do good katas and will strive to keep that up and I know that here I can focus on building up my core strength, getting my fitness level up [Sensei Sukys does a wicked ‘boxing-type’ warm up] and improving my sparring [the Friday night muay thai class is almost all sparring and ab work!]. Watch out Sheldon, Davide, Christian and Senpai Ravi, I will have some awesome new sparring techniques when I come back to visit!! As there is no tai chi program here yet, I am also cross-training in Moksha Yoga, which will maintain that energy work and I am sure will get my fitness level up also. 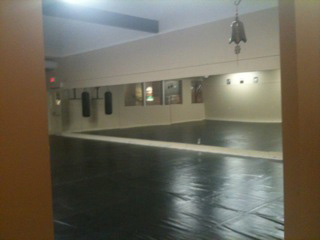 I was very grateful to our Sensei and quite impressed with the results of my training when sparring with the muay thai guys this past Friday. I realized that a lot of the karate sparring skills are very transferable though they do use a lot more elbows [many different types of empis] and knee kicks and kicks to the inside and outside of the legs]. Tonight I went to check out the local Iaido/ Jodo/Niten Dojo. I recognized both the Sensei and the Senpai from the Guelph Iaido Seminar. It was great to see friendly faces and be welcomed in a new dojo. They do Musu Shinsen instead of our Muso Gikiden but they train with Sensei Taylor so they are in our lineage. We did 2 hours of iaido and an hour of jodo. Sensei Taylor is coming to Calgary early next month for a seminar, so I plan to go to that. Thanks again for everything Sensei. Ooos!! I am only a tiny bit overwhelmed with all the changes and newness, with finding my way around and re-learning so many basics of living life that I took for granted in Toronto, but I am not nearly as overwhelmed as I would have been years ago, thanks to all my martial arts training. Thank you Sensei Williams and the Hasu dojo! Enjoy your training. I plan to be there for the Guelph Iaido seminar, so I will see some of you then. Gambate! Be Well, Ann