It's a common truism that there are only 24 hours in a day, but, according to precise measurements, that isn't exactly true.

The Earth typically takes 86,400 seconds, or 24 hours, to spin on its axis, TimeandDate.com explained. But the invention of precise atomic clocks in the 1960s showed that the length of the Earth's daily rotation could actually vary by a matter of milliseconds. Until recently, the Earth's rotation was slightly longer than 24 hours. But in 2020, the Earth started speeding up. "It is certainly correct that the Earth is spinning faster now than at any time in the last 50 years," Peter Whibberley, National Physical Laboratory time and frequency group senior research scientist, told The Telegraph on Monday. Before 2020, the record for the shortest day was set on July 5, 2005, which clocked in at 1.0516 milliseconds less than 86,400 seconds, The Weather Channel reported. In 2020, that record was broken a total of 28 times. The fastest day since record keeping began happened on July 19, 2019, and clocked in 1.4602 milliseconds shorter than average. Scientists predict that days in 2021 will be even faster. They estimate that days are now 0.05 milliseconds shorter on average, which will leave 2021 running 19 milliseconds behind. But why does a difference of milliseconds matter? At stake is the syncing of solar time with Earth's atomic clocks, because satellites and other communication devices are usually based on the position of the sun and stars.
The responsibility for keeping track of both sets of time falls to the French International Earth Rotation and Reference Systems Service (IERS). 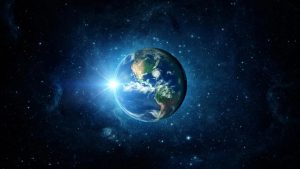 TimeandDate.com explained how the difference is calculated:

To determine the true length of a day, IERS scientists determine the exact speed of the Earth's rotation by measuring the precise moments a fixed star passes a certain location in the sky each day. This measurement is expressed as Universal Time (UT1), a type of solar time. UT1 is then compared to International Atomic Time (TAI), a highly precise time scale that combines the output of some 200 atomic clocksmaintained in laboratories around the world. The true length of a day is expressed by the deviation of UT1 from TAI over 24 hours.

When UTI and TAI differ by more than 0.9 seconds, the IERS can add or subtract a "leap second" from the world's clocks to keep them in sync, National Physical Laboratory Director Dr. DK Aswal told The Weather Channel. So far, the IERS has only added leap seconds: 27 since 1972, to be exact. The last one was added on Dec. 31, 2016. But this could soon change. "IERS has decided that no 'leap second' would be added to the world's official timekeeping in December 2020, indicating that Earth is rotating faster than it has in 50 years. If the Earth's rotation keeps accelerating, the world's first negative leap second can be announced by IERS in the future," Aswal told The Weather Channel. But while adding or subtracting leap seconds is important for satellites, it can have a negative impact on other forms of communication. When a leap second was added in 2012, websites including Reddit, Yelp and LinkedIn crashed, according to The Telegraph.
Because of issues like this, some countries and computer scientists call for shifting to atomic time and to stop syncing with solar time, according to The Telegraph and Phys.org. Interestingly enough, scientists are not overly worried about why the Earth's rotation is speeding up, Phys.org noted. They say it can happen for a variety of reasons, including the pull of the moon, snowfall and erosion. The climate crisis could also be a factor, as the warming planet contributes to mass redistribution events, such as melting glaciers. "The mass redistribution of the Earth is one of the causes for its faster rotation," Aswal told The Weather Channel.

There are currently no comments for Earth Is Spinning Faster Than Ever by Olivia Rosane.