Movement levels plunged for children and youth during restrictions

CBC News · Posted: Oct 20, 2020 4:00 AM ET | Last Updated: October 20
Just five per cent of Canadian children met basic physical activity guidelines early on in the pandemic, which is why school phys-ed programs are now looking for alternatives to get students to work up a sweat in a safe fashion. As a result of physical distancing measures and increased remote learning, children have had more sedentary time during the pandemic, and that has had implications for schools planning physical education. The Toronto District School Board, for instance, has asked gym teachers to cancel fall fitness training after phys-ed instructors reported that students' physical activity levels have been alarming so far. "They've noticed that kids are out of breath immediately, so the lack of physical activity that's taken place over the last seven months is showing," said George Kourtis, who heads the TDSB's phys-ed program. Even so, educators say it's imperative that kids get a workout of some sort. But that comes with challenges in a remote learning environment.

At one point in the pandemic, only five per cent of Canadian children were meeting the minimum requirements for physical activity. Now, school phys-ed programs face new challenges in keeping kids moving without most team sports because of distancing requirements. 4:10
Jennifer Bell, a Grade 11 phys-ed teacher with TDSB's virtual school, recently demonstrated lunges to a class by doing the movements toward her laptop screen. But the students had their cameras turned off, which makes the learning more difficult. "How do we teach sports skills while you're standing in your living room?" Bell said. "You don't necessarily have another opponent or a partner to play a sport with. That's where we're trying to get creative."

Getting creative includes activities like juggling to practise movement skills and having students regularly type in their 15-second heart rate measurements to show that their heart rate is increasing from the participation, Bell said. "You had to stay six feet apart," both horizontally and vertically, Maryam said. "You can't really communicate with other people. It becomes harder to play in the game." Maryam said she enjoys being physically active. When the phys-ed class ends next month, she plans to continue to get a workout by playing basketball or soccer with friends. 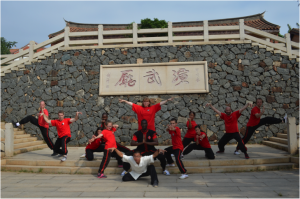 National health guidelines recommend that children and youth (aged 5-17 years) have high levels of physical activity, low levels of sedentary behaviour and sufficient sleep each day, including: Mark Tremblay, a senior scientist in obesity at the CHEO Research Institute in Ottawa, was part of a team that surveyed more than 1,400 parents of children and youth online nationally in April, about a month after the COVID-19 pandemic was declared in Canada. Prior to the pandemic, about 15 per cent of kids met Canada's 24-hour guidelines for physical activity, sedentary time and sleep, said Tremblay. He found that movement levels had plunged as low as three per cent during the early days of the restrictions. "Almost no Canadian kids were practising the healthy living behaviours that are associated with health, and that puts them at increased risk, of course, of physical and mental health issues going forward," Tremblay said, which "is not what public health officials want." The study, published this summer in the International Journal of Behavioral Nutrition and Physical Activity, suggested that the pandemic wasn't entirely to blame. But certain factors could increase the likelihood of healthy movement behaviours outside of school, including: The lack of physical activity was also influenced by children's living arrangements. Kids who spent more time active outdoors were more likely to live in a house as opposed to a 40-story apartment building downtown where families may not feel safe playing outside, Tremblay said. Tremblay said the public health messaging about staying home is important, "but it doesn't mean stay inside." The scientists plan to repeat their survey on kids' physical activity levels in early November.
With files from CBC's Vik Adhopia and Melanie Glanz

There are currently no comments for COVID-19 takes toll on physical health of young Canadians, scientists, school board find.