Tis The Season for Sneezing By E.A. Clark

Yes, it’s that time of year again. With the temperature gauge dropping and the holiday events on the rise, people –and germs- are collecting in close quarters. 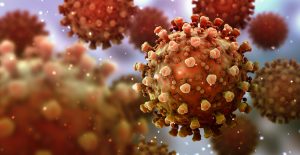 This signifies the start of the season for when we give a wide berth to the coworker that’s coughing ominously and we keep a thumb poised over the cap of our mini hand sanitizer bottles clutched in pockets at our sides.

For a few months every year, we all become germaphobes.

The influenza virus is notorious for its habit of rapidly evolving, adapting to our ever-changing environment and making it especially aggressive in its spread. Affecting populations worldwide, it has resulted in three to five million cases of severe illness and upwards of 500,000 deaths. With a track record like that, it’s no wonder we’ve all become a bit suspicious of out-stretched hands and runny noses.

Fortunately, there are many steps one can take in securing a safer passage through this flu season.
The best way of guarding oneself against the flu – and any cold for that matter – is to practice preventative care and take what measures you can to beef up your immune system.

We all know the drill when it comes to prevention: wash your hands with soap as frequently as possible, avoid crowded areas and be on alert for the ‘sneezer.’

As for giving your immune system the attention it deserves and needs, here is a list of the top natural remedies with the most promise at fending off the flu - or at the very least - shortening its duration and the severity of its symptoms: 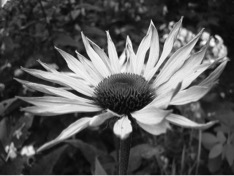 This herbal extract has been popularized over the years as a cold and flu preventative and more commonly as an aid in reducing the risk of repeated respiratory infections. Although scientific evidence seems all over the place for this plant’s abilities, there is some research to back its respiratory benefits and others to attest for its relief in shortening the duration of the flu and common cold.

The ‘sun-supplement’, commonly deficient in populations with a lower exposure to daylight, (*cough* Canadians), has come highly recommend by most physicians. From research suggesting its role in strengthening bones, to its affiliation with some autoimmune disorders, to its knack for increasing your immune system’s ability to fend off viral infections such as HIV and, (yes, you guessed it), influenza, it’s safe to say, you can’t go wrong with this super vitamin.

Oregano, a herb most culinary professionals and Italian grandmas are deeply familiar with, has sparked debate amongst the scientific and health communities over the past few years. With a history of being used in a time before modern medicine, (Hippocrates was a fan), it’s been believed to have antibacterial and antifungal properties that can help zap a cold in its early stages. Not generally recommend as an aid once you’ve already lost the war against a cold or flu, oregano oil has been pushed as a preventative in those delicate hours of a viruses’ onset.

Yes, you read that correctly. Your not-so-garden variety fungi are hitting health shops with a popularity and reputation that surprises most and fuels skeptics everywhere. Although historically used in both Japan and China for hundreds of years, Western society is only now being enlightened to the benefits of such species as Reishi and Chaga. Tough and bitter, Reishi mushrooms aren’t the most appetizing, but have been traditionally used to treat infection and even have some small, clinical human studies to back their claim as an immunity booster. With studies still underway to further delve into the chemical compositions of these mushrooms to better understand how they pull off these feats, there’s no stopping what appears to be a steady claim to fame for these immunity marvels.

This fruit or flower extract from the Elderberry, (or Sambucus) plant, is a supplement that’s been popular for flu and cold season for years. Some research suggests that if taken within the first 24 to 48 hours of feeling the telltale symptoms of influenza, people have a better chance of getting over the nasty bug quicker. Believed to shorten the duration of most colds and flu viruses, Elderberry is an easy and convenient addition to your immune boosting roster that, for once, doesn’t taste awful.

Remember those chalky lozenges your grandparents forced on you at the first hint of a cold all those years ago? Well, they’re back with a vengeance.

Deficiencies in zinc have been attributed to the compromise of the immune system. Research suggests that the mineral stops certain proteins from forming before the virus can use them to reproduce meaning that the quicker you suck up thosezenges, the better chance you have at skirting the cold or at least minimizing the duration of a nasty flu bug.

**For more information on these and other supplements and homeopathic remedies, feel free to stop by

Our friendly, educated staff is always happy to share their knowledge and give advice!

I know that god will not give me anything I can't handle,

I just wish that he did't trust me so much!

WE ARE INTOXICATED BY OUR COMPLICATIONS by Algernon Williams

Sensei Williams
Category:Life StrategyNewsletter
Tag:
In a weird way we entertain ourselves with our suffering, by finding problems, owning our complications.
As humans in this 3D reality we enjoy suffering. We come together to share our suffering. Even to compete to see who the biggest sufferer is. We say things like “Well, you think that was bad wait till I tell you what happened to me.”
It’s a strange human ability that we can be both the subject and the object of our suffering at the same time. We can both enjoy the fact that we have suffered while experiencing all the hurt that suffering from our own drama brings us. 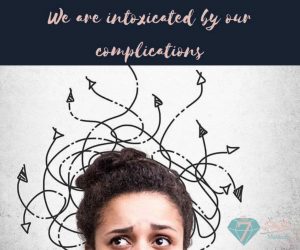 It can become an addiction, a subconscious plea for power as it gives us permission to focus entirely on ourselves. Which in itself is not a bad thing except in this case we focus on what is not wanted, what we see as wrong, what we hate and what we fear.
What if we could let go of the idea of suffering all together. If we could take back the power we have given it. Can we ask ourselves what is true for us in this moment? And if we are not in danger in this now moment, can we realize that if we are still suffering, this precious suffering only then exists in the worries about the past and in the anxieties of the future.
Can we in that moment loose it all, not just the suffering but our success, our failures, our truths, our practices, our quests for enlightenment, everything.
If we can let go of all of that what is left?
Can we simply be with what ever is in front of us in that moment and be OK with it. Can we be willing to lose it all and allow our minds to be free.
It is in this state of freedom that we are free to ask questions and receive enlightened answers. To dive into true self enquiry. When we can simplify the narrative that is constant in our minds we can return to a very simple profound sense of ourselves as simply being, we are left with a feeling of peace.
Welcome to A New Way of Living
by Algernon Williams