The Chinese zodiac calendar is a repeating 12-year cycle — with one animal assigned to each year.
It starts with the rat, followed by the ox, tiger, rabbit, dragon, snake, horse, goat, monkey, rooster, dog, pig.
It also has five element years: wood, fire, earth, metal and water. 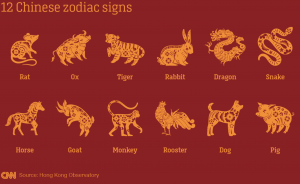 How did this come to be?
Think of it like the Noah’s ark story without the flood. Here’s how the myth goes:
The Lord Buddha was planning to depart Earth, all animals were summoned for a last farewell, many RSVP-ed but only 12 turned up.As a reward, each got a year named after them, according to the order that they arrived.

Chinese zodiacs are also based on the Heavenly Stems and Branches system, which coordinates with one of five elements
(Metal, Water, Wood, Fire and Earth). 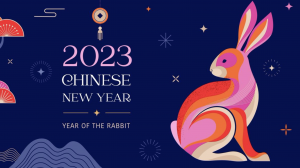 The Year of the Water Rabbit, which previously occurred in 1963. The Water Rabbit is said to have the ability to turn unfortunate events around, despite their upbringing, per Chinese New Year.

For those born during the Year of the Rabbit, is all about "letting go," per Horoscope.com. This includes decluttering your life, letting go of toxic relationships or moving on from a job.

As people with the Rabbit sign let go of old things, it's also a good time to try new things as Rabbits have "extra luck and opportunity in the water Rabbit year,"

The Legend of Monster Nian

There are countless folktales attached to Lunar New Year, but the myth of “Nian” stands out as the most iconic and fun.

Legend has it Nian was a ferocious underwater beast with sharp teeth and horns. Every Lunar New Year’s Eve, it crawled onto the land and attacked a nearby village.

On one such occasion, as the villagers rushed into hiding, a mysterious old man showed up and insisted on staying in the village despite being warned of impending doom.

To the villagers’ surprise, the old man and the village survived utterly unscathed.

The man claimed to have scared Nian away by hanging red banners on the door, lighting firecrackers and wearing red clothes.

This is how wearing the fiery color – right down to undergarments – along with hanging red banners with auspicious phrases and lighting firecrackers or fireworks became Lunar New Year traditions, all of which are still followed today. As with many winter solstice celebrations, the symbolic darkness of night is banished by the light of fireworks, lanterns, and candles. Man-made paper lanterns are hung by the hundreds in public areas, bringing good luck to the new year.

There are dragon dances, performances, and festival parades with music and acrobatics. The festivities continue for two weeks, finishing with a special lantern festival, which signals the end of the New Year celebration period.

A street in the village of Prades, Spain by Evelyn Cunningham 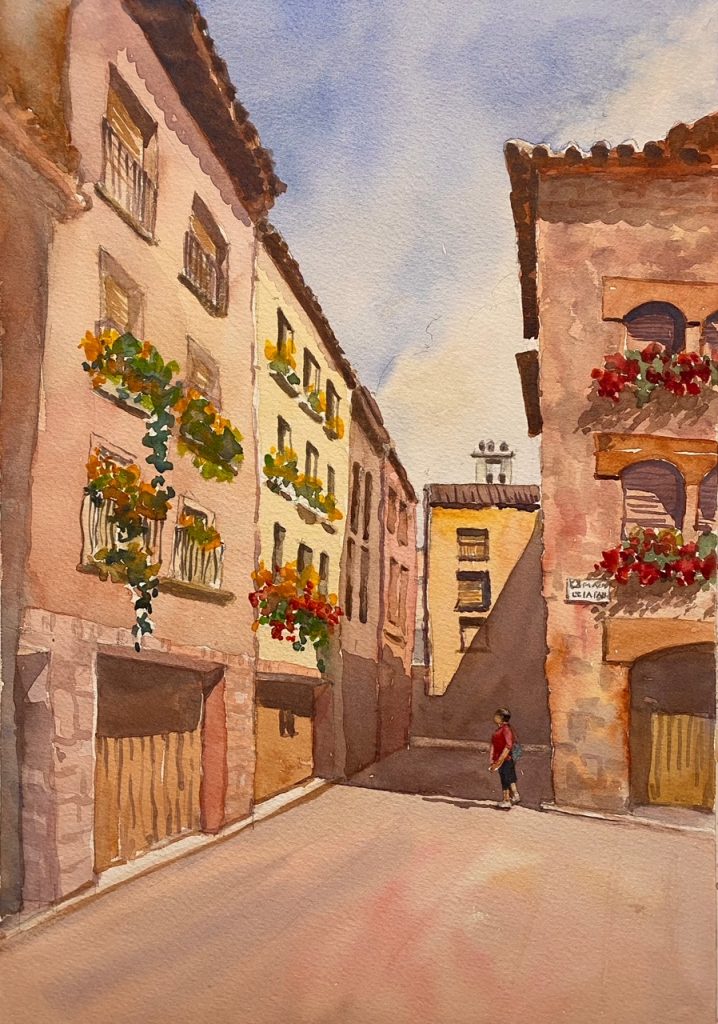 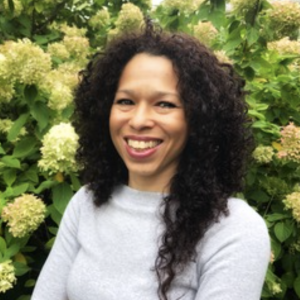 The desire to become a psychotherapist emerged at age 12 while scouring through the pickings at the school library of St. Maria Goretti.
Carl Jung’s book Memories, Dreams, Reflections sparked a feeling inside that was familiar and mysterious all at once.
Hope blossomed with the idea that one could make a living exploring the numinous, and perhaps for myself, find a meaning and purpose to life.
At last, I had found a potential vocation that would satisfy my curiosity about human behaviour and my fascination with the mystical. Discussion with adults about this goal only deflated my confidence as I faced uniform pessimistic responses.
Why would you want to listen to people’s problems all day?
Why would anyone pay to air his or her dirty laundry?  It was 1981, and therapy was relegated to those considered bizarre, exotic or even worse, weak.

Jung’s book in my hands catalyzed a long circuitous journey back to answering the call first heard by my 12yrld self. Armed with a re-education plan, that would take 4 years at most, I began a pilgrimage that would spiral into 7 years.

The Living Institute was a private psychotherapy school that offered a program encompassing many of the philosophies and practices embedded in our Ryu.  Themes of personal power, self-authorship, autonomy, and the interdependence of all life were some of the foundational concepts throughout the programs framework.  My decision to attend this particular school hinged on what my gut told me; the Living Institute was a yes.

Despite the many rational scholastic options, I listened to this voice; and one of the principle tenets of our training states how our intuition is key to placing us at the right place at the right time.

When I enrolled at the school, psychotherapy was not a regulated health act.  In fact, one of the directors of my school actively participated in the creation of our regulatory body the CRPO (College of Registered Psychotherapists).

Only fiction could do justice to the surreal unfolding that was about to take place.  The Ministry of Education rejected my school’s curriculum, our school shuttered, and if I wanted to write the registration exam I would have to endure the additional cost and time of courses in a masters of counseling program.  Many of my fellow students could not financially absorb the cost of these equivalency courses and gave up their hopes of becoming RP’s (Registered Psychotherapists) altogether.

Obstacles to completing the courses continued to manifest in many forms. One method employed to quell my frustration involved summoning Sensei’s words, “the higher you climb up the mountain, the harder the wind blows”.

Delays to completion kept arriving in unexpected packages.  Managing the health issues of aging parents, midwifing a close friend as she surrendered to death, and oh yes, that little pandemic thing.  We make our plans and god laughs.  Life happens, whether you believe in a divine presence or not.  You will be disappointed.  Delayed gratification offers us resiliency, patience and endurance.

Delays also came with gifts I could have not anticipated. A wish to meet and work alongside Dr. Gabor Mate was fulfilled. A state of grace manifested in my work with an impeccable shaman, which expanded the context of purpose in working with others and understanding myself.  I discovered an inner capacity within myself I had not previously known.  Some new part of me developed and could arrive calmly in crisis situations and act with clarity, foresight and sensitivity.

I have so many more examples I could mention, but I think my point has been made.  I leave you with some of the words my dear friend shared with me during her last random moments of lucidity before she passed.  “I like where this Martial Arts thing is going” and “don’t ever forget, Cher, all along the path for you are so many hidden treasures.”

The Chinese zodiac calendar is a repeating 12-year cycle — with one animal assigned to each year. It starts with the rat, followed by the ox, tiger, rab...

A street in the village of Prades, Spain by Evelyn Cunningham

The desire to become a psychotherapist emerged at age 12 while scouring through the pickings at the school library of St. Maria Goretti. Carl Jung’s b...

Roshi Joan Halifax reflects on the idea of “wise hope” and why we should open ourselves to it. BY JOAN HALIFAX|

Roshi Joan Halifax reflects on the idea of “wise hope” and why we should open ourselves to it. Photo by John Towner. A good part of my ...

What is the meaning of Life

Happy Festivus, for the rest of us!

How to be extra ordinary