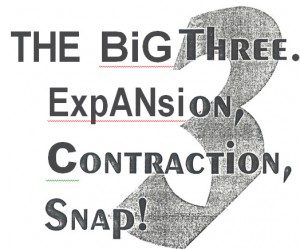 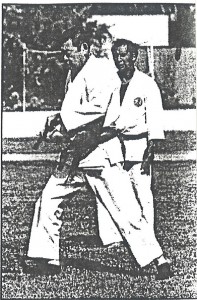 Teaching the bo at U.C. San Diego Summer Camp.[/caption] My sensei said. "Make no mistake about it, one thing's for sure: In the martial arts. you are going to spend about half your time perfecting the basics. It is like a building that looks beautiful but has no solid foundation-the slightest tremor and down it goes. A martial artist who has no solid basics will lose the first time that he is shaken up. Basics, basics, basics, that is the fundamental name of the game...
With that, he proceeded to show me the "big three'' of basics: expansion contrac­tion, and snap” 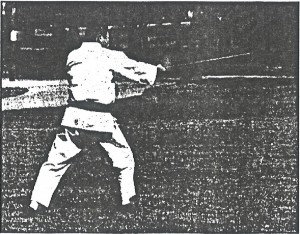 “It all takes place in the box." Sensei said "You must always stay loose, never tighten up, and, when you move, the contraction, expansion, and snap of the abdominal re­gion will determine whether you hit, block, or counter with maximum efficiency.”
When a person hits-whether it be a punch, kick, chop, or any kind of strike­ the contraction of the abdominal area at the right time determines whether the hit is maximized or minimized.
In a block -any kind of block- the ex­pansion of the abdominal area will, like­ wise, determine the maximization or minimization of the technique involved.
The snap of the abdominal muscles will also determine the effectiveness of flicking hits or blocks. Naturally, the rest of your body must stay relaxed except at the sec­ond of movement, and then use only the muscles that actually perform the work. 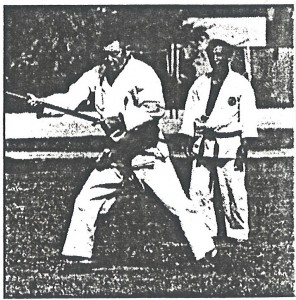 If you are tight before any kind of movement, your performance will be hindered by the antagonistic muscles having to relax. Most of those who are in a hurry to learn sophisticated techniques overlook the basics, or mistakenly believe that they have the basics down pat. There is no such thing. Mastery of the basics takes up most of the time required for mastery of any art. But it is worth it. And it can be interesting.
With the exception of the few who are familiar with Asian culture, most students see the sensei's insistence on the horse stance for long periods of time as a waste­ - sheer nonsense. They do not realize that the stance was, is, and always will be meant to teach the pupil how to relax the antagonis­tic muscles, stay ready with the performance muscles, and use the abdominal area to gen­erate all energy.
When they first practice the horse stance, students tighten up, complain, try to endure, and suffer in the process. This goes on un til the day when, to their relief, they learn the proper way to relax - by doing!
[caption id="attachment_2832" align="alignright" width="300"] 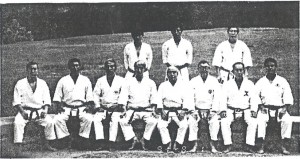 The body dynamics involved in the big three-expansion, contraction, and snap­ use all the scientific principles involved in what modern kinesiologists call the sum­mation of joint forces.
Contraction, expansion, and snap deal with actually performing martial arts tech­niques -how to do- as opposed to body­ building, conditioning, and motivating. The idea is to get the most from each part of the body involved in hitting, blocking, and moving.
The forces generated from each joint and segment of the body involved in the particular movement must be added together, so that no effort is wasted. Start with the biggest and follow through with the smallest.
Take a simple punch, for example. To maximize performance, the joint forces at the larger segments should precede those of the smaller segments. The punch actu­ally starts at the abdomen, and in a fast, continuous motion, each segment follows­ shoulder to upper arm, to forearm, and fi­nally to the fist. The motion is progressive, although there is overlap.
Get the most out of each joint before moving on to the next. The abdominal muscles must go through their complete range of motion before the shoulders start contracting for the punch, for example, and so on down the line. Punch straight in, and follow-through mentally as well as physically.
It appeared to me that Sensei took an in­ordinately long time to teach us how to kick.
He stressed the important difference be­ tween kicking with just the leg and kicking with the whole body. He said, "Most kick with the leg. There is nothing wrong in kick­ ing with the leg, but if you want to maximize your effort, you must know how to kick with your body."
We students realized that all physical per­formance uses the same dynamic principles. The total effort must be concentrated in the one final point. If a part of the body that is connected with the whole performance is not used, or used poorly, then the end re­sult suffers. You must subtract that much from the sum total. That is all there is to it.
[caption id="attachment_2833" align="alignleft" width="300"] 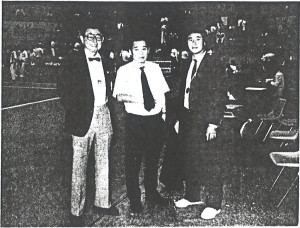 Martial arts students who do not perfect their basics are performing at less than their capacity - for some, far less. In such cases, a complete restructuring must take place. They must be properly instructed in the full extension of body and self.