Crane fists is one of the five ancestors boxing styles from South Shaolin in Fukien. Yong Chun Bai He Quan (White Crane) is one of the oldest existing styles of traditional wushu. Created in the 17th century in Fujian Province after the Qing invasion of China, the style boasts an unbroken recorded lineage all the way down to the present day.  The combat style of crane fist was created by a female named Fang Qi Niang. It is said that Fang Qi Niang’s father Fang Zhong was once a disciple of Southern Shaolin Temple. At the time women were forbidden to train in the temple though her father taught her Shaolin martial arts from a very young age. 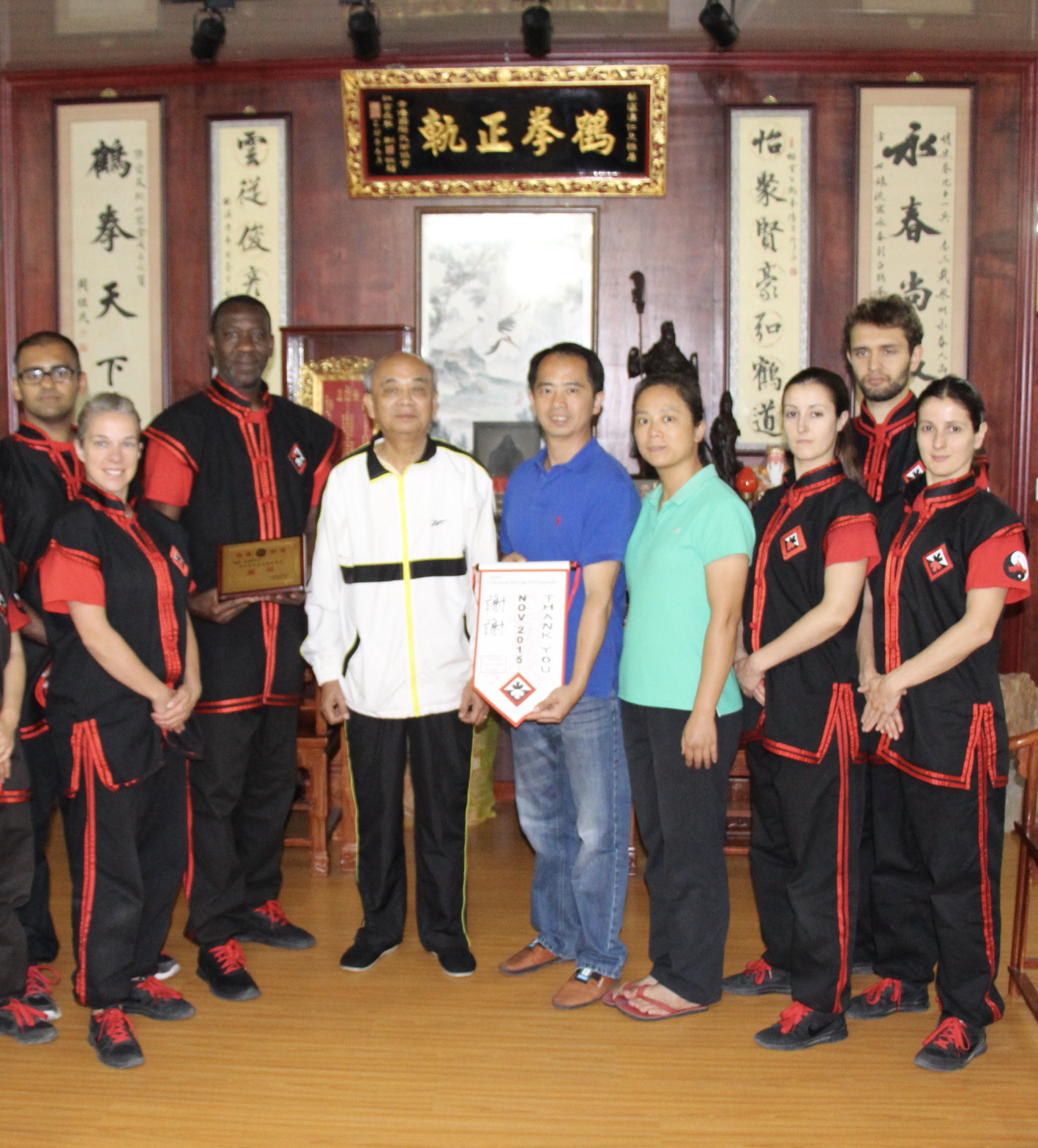 The story passed down for generations of how Fang Qi Niang came to create the Bai He style begins with her weaving one day in the temple.  While doing so a white crane flew and rested on the roof near her. She observed the white crane’s gestures, how it moved, the flapping of its wings, the peaking at its feathers, and how it held its neck out to search for food.  She decided to throw a box over it to trap it, though the crane easily dodged it. She then continued to use her ruler to attack the crane, but the crane effortlessly deflected it then flew away high into the sky.  Amazed by the crane’s petite frame and effective skills she practiced daily with it, recognizing the significance of the crane’s movements and incorporated them into her Shaolin patterns. It was from this she developed the White Crane (Bai He) fighting style. She began to teach her art at the Bai Lian Temple. 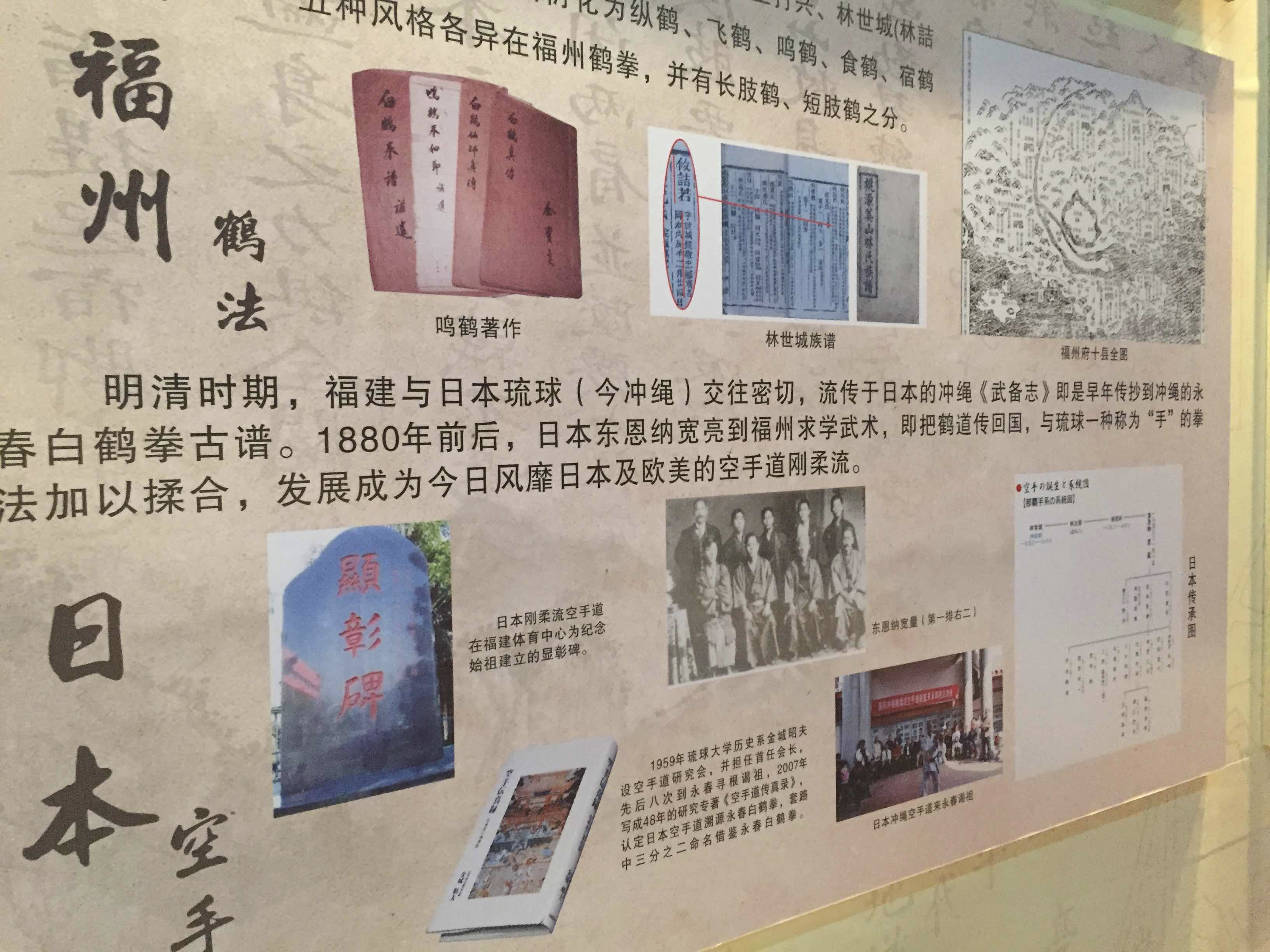 In Yong Chun village stands on a small mountain the Museum Fang Qi Niang. Here it pays tribute to the origination of the White Crane style and the key historical happenings that influenced the evolution of martial arts.  Inside the museum it notes that close to 400 years ago Yong Chun village had open communication with Okinawa since they are on the water way which was easily accessible for Okinawans by boat. 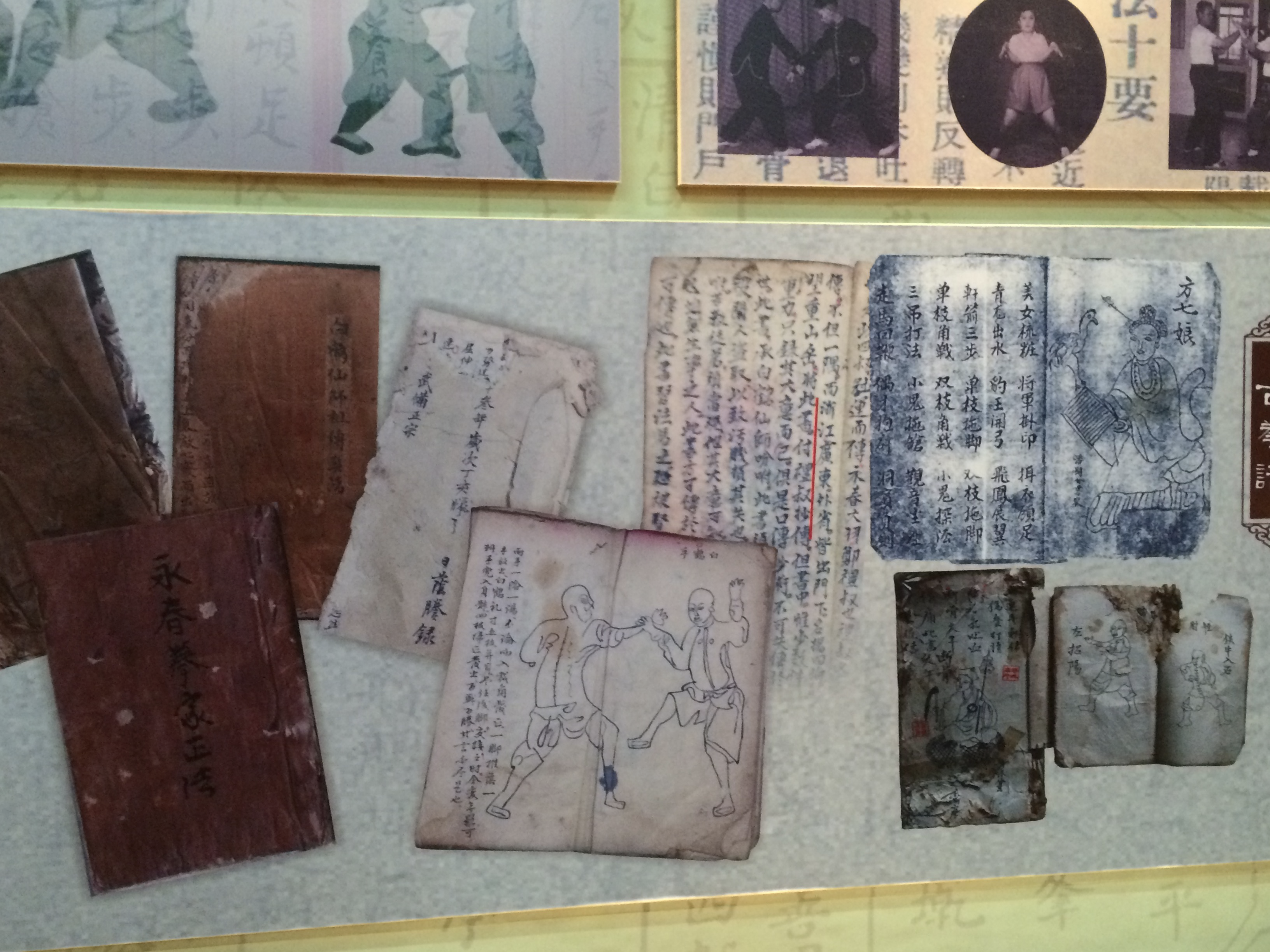 The museum also notes that an ancient guide book of Fujian White Crane martial arts forms (Bai He Quan) was passed down by making private copies which would later circulate to Okinawa. In 1880, a man from Japan came to Fozhou from Japan to study martial arts. Upon his return to Japan he brought back the Bubishi, the ancient Classical Manual of Combat which also donne’s the name, the Bible of Karate. In addition, he returned with a Fujian style of martial arts which he combined with Okinawan martial arts style.

There are currently no comments for Ba He Quan to Goju Karate Do by Kohai Hadad.