The founder of Guju Ryu Karate-Do is Chojun Miyagi. He was born in Naha Okinawa on April 25th, 1888 to a noble family. At the age of 14 Miyagi began training under the foremost Naha-te grand master, Kanryo Higaonna. He was his Sensei’s disciple for 15 years.

In 1904, after Higaonna died, Miyagi went to China to study other Martial Arts and Zen. He learned different styles of Gung Fu. In Foochow, Fukien Province, Miyagi studied Southern Shaolin Lan Quan(hard fist – external style of chi chi) in Quenzhou and Bai He Quan in Yong Chong Village and also Ba Gwa Chang(eight diagram palm — soft fist style). In 1908 he returned to Okinawa. Using his knowledge of Chinese Kempo he adapted Naha-te to more fully reflect the hard and soft aspects of the original art — the give and take required to be successful.

The words Goju Ryu mean hard and soft tradition. Go is the Japanese word for hardness and Ju is the word for softness. Ryu means style or tradition. The system is based on the Oriental concept that all hardness and stiffness is not good, and at the same time all softness and too much gentleness is not good. Goju Ryu reflects the concept of Yin and Yang — that these two opposites should complement each other. It is this complement of hard and soft which gives Goju Ryu its beautiful, disciplined movements, filled with grace, flowing forms, and strength. Actions are sometimes extremely fast and other times slow and majestic. Goju Ryu utilizes an aggressive style of attack with emphasis on delivering blows hard but with easy effort and in rapid succession, maneuvering not only forwards but also from side to side. However an essential aspect to Karate-Do is the emphasis on the use of physical Force only as an absolute final option and of course only for defensive purposes. 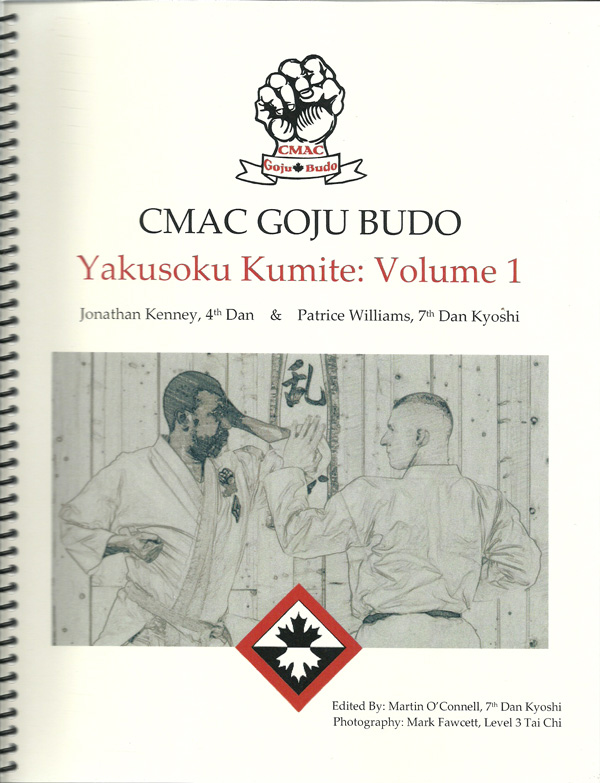 A wonderful reference to complement your daily training.

Jiu Jitsu is the technique of suppleness, flexibility, gentleness. The origins of this Art can be traced to the period between 1120 and 1170 with the origin of Daito Ryu Aki Jitsu. The late 17th to mid-19th century is considered the golden age of Jiu Jitsu during which time more than 700 styles appeared in Japan. In those days the vital issue in Jiu Jitsu was effectiveness in combat. Methods were tested in duels and public competitions among members of various schools. These encounters were frequently fatal. Such testing not only improved techniques and ways of employing them, but established the reputations of the survivors. 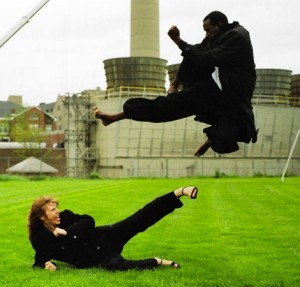 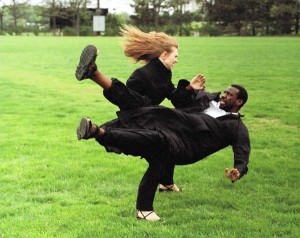 Jiu Jitsu techniques emphasize throwing, choking, joint kicking, holding, and tying. Most systems emphasized only one or two major techniques. Jiu Jitsu was always a secondary method of combat to the warrior, since he relied so heavily on his sword. Although Jiu Jitsu techniques are initially learned one at a time in a static position, the essence of Jiu Jitsu is the ability to move from one technique to another, quickly and as often as necessary to control an attacker. Each system emphasizes only a few major techniques (waza). Every technique is designed to illustrate and teach a specific principle which can be applied in many different situations. 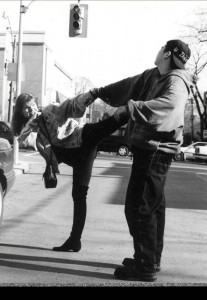 The most obvious benefit of Martial Arts training is self-defense. If the occasion arises, knowing how to defend yourself can save your life and the lives of those you care about. Avoiding the occasion, however, is a much better alternative.

The first benefit is vastly improved awareness both of oneself and of those around you. You will learn to discern dangerous places, routes, situations and people and this is your first step to forming self-defense strategies.

Self Defense Strategies involve knowing how to prepare yourself not to be a victim of a crime. Your Martial Arts training not only prepares you for physical Self-Defense, but it also builds character traits, such as self-esteem and confidence, that can ward off would-be attackers.

Body language combats the first stage of an attack, when the attacker is picking a target. A Martial Artist shows a relaxed sense of confidence. This starts with being aware of your surroundings and thinking ahead. Plan to walk with others. Wear appropriate clothing and shoes for walking. Walk in well-lit areas. Your head should be up. This shows that you are alert and aware of surroundings, not too tired or too afraid to defend yourself.

You should look ahead in a relaxed way. Drop your shoulders; do not hunch them up around your neck. Have an alert step, not too long or too short. Keep your hands out of your pockets. Keep a calm, happy expression on your face to show that you are confident.

The second phase of an attack, the testing phase, is combated using verbal Self-Defense. The first type of verbal Self-Defense is assertive. This can be used if your attacker is unarmed and doesn’t have physical control over you. You should express your assertiveness without being challenging. Use a firm voice and short, sharp words. Remember that verbal Self-Defense is an extension of your body language. Show them that you will not be put in the role of the helpless victim. 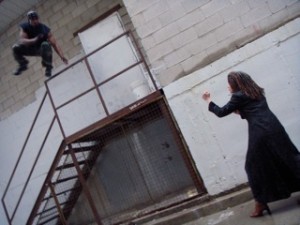 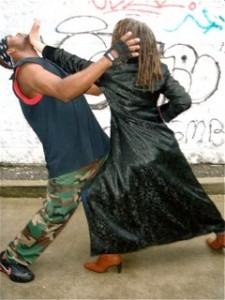 The second type of verbal Self-Defense is cooperative. This is best used when your attacker has a weapon or is holding you in a way that makes it dangerous to fight back at that time. The purpose is to relax your attacker and possibly provide you with an opportunity to escape. Remember, to be cooperative, not submissive. The most important thing for you to do is to stay calm.

Self-Defense strategies begin with your character traits. A Martial Artist walks with confidence and with certainty. You need to prepare yourself not to be a victim just as hard as you prepare yourself for physical Self-Defense. Escape or avoidance is always your first choice, but if all else fails, you have your Martial Arts training to back you up. 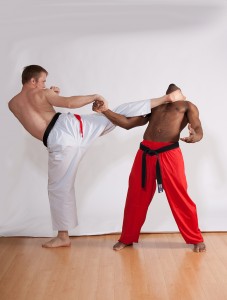