Kyoshi Patrice Williams, began his training in Western Pugilism in 1975 with the Judd Street Boxing Club and the Gowers Fencing Club in London, England. Through his studies in Ancient Philosophy at University he was introduced to Taoism, Zen, Buddhism, Sitting Meditation, and Moving Meditation through Martial Arts Studies.

He has been studying the Japanese, Chinese and Okinawan Martial Arts since 1986. He has participated in over 50 Seminars with Sensei Richard Kim 9th Dan Hanshi and has traveled throughout North America to train with such greats as Bill Wallace, Dan Inosanto, Joe Lewis, Sensei Merriman, Sensei Higaonna, Sensei Demura, Professor Jacob, Sensei Warrener, Sensei McColl, Sensei Copeland, Sensei Sichiyama, Sensei Peter Urban, the originator of all North American styles of GoJu Ryu and of course his Sensei, Sensei Wallace Platt 10th Dan Hanshi.

In 2004 he had the privilege of training in China – at the Shaolin temple in Fujian province, with a white crane grand master at the Fuzhou Wushu Association & with the Taoist Monks at the Purple Swallow temple on Wu Dang mountain.

He has demonstrated and competed across the globe in countries such as the USA, England, Argentina, Mexico and Japan – including a demonstration at the Skydome for the Toronto Blue Jays and 3 demonstrations for the Toronto Argonauts, the Chin Picnic, Molson Park and the CNE. He has also participated in the Masters of Self-Defense demonstration presented at Massey Hall, Toronto, and appeared on local and national radio and television shows and in two feature films.

He was in charge of the Competition Division of Martial Arts Toronto which took a team back to Mexico to defend their America’s Cup championship, to Australia for Tournament 2000 at the Olympic venue, to New York for the North American Championships and is working on other International events for the future. 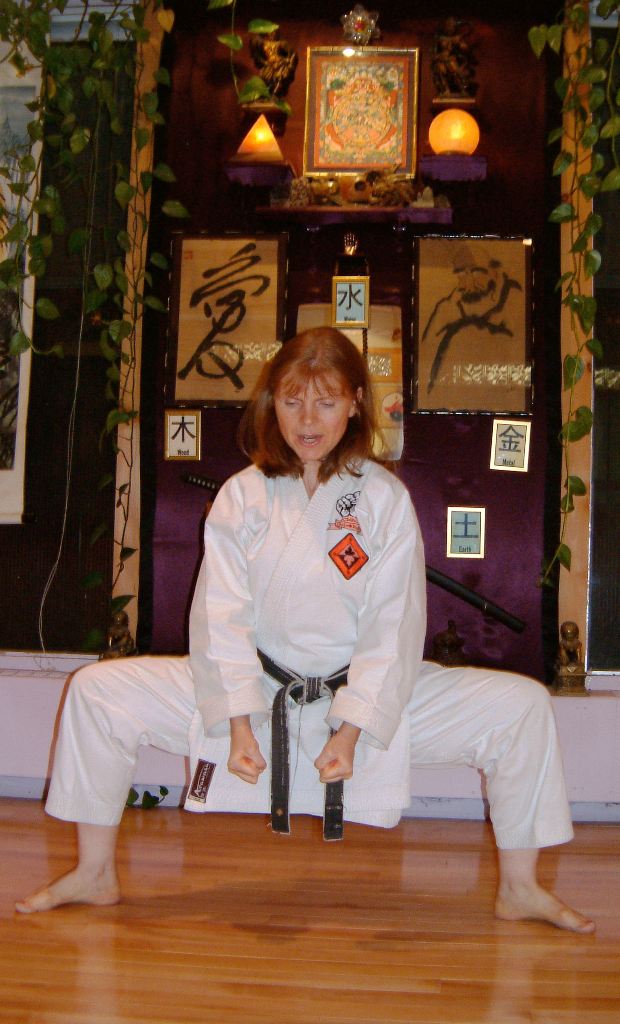 She holds a degree in Psychology and is fluent in four languages. Her Martial Arts studies have taken her abroad to Japan, where she had the privilege of visiting and training at Yamaguchi Sensei’s Dojo, the headmaster of Japanese Goju Ryu, visiting the Butokuden, Japan’s oldest training hall and visiting the Yoshinkan Aikido Dojo.

In 2004 she had the privilege of training in China – at the Shaolin temple in Fujian province, with a white crane grand master at the Fuzhou Wushu Association & with the Taoist Monks at the Purple Swallow Temple on Wu Dang mountain

In 2011, 2012 and 2013, she returned to Quenzhou to train at the Southern Shaolin Temple studying with Master Wu, and to Yong Chong Village to study Bai He Quan – White crane fist.

She has demonstrated and competed across the globe including demonstrations at the Skydome for the Toronto Argonauts, the Chin Picnic, Molson Park and the CNE, and she has had several appearances on local and national television including Gobal Tv’s First Up, and CTV’s Canada AM, and in one feature film.

She has competed nationally and internationally at tournaments in Mexico, New York and has won several major competitions. Sensei Mariani has taught for York, North York, Etobicoke and North Etobicoke schools and community centers and private institutions throughout the greater Toronto area.

In addition to her responsibilities as Sensei of the Yamazakura Dojo, she is also Senpai for the Toronto Central Region. Sensei Mariani continues to train with her Sensei, Sensei Patrice Williams, 7th Dan Kyoshi and has the opportunity to train under his Sensei, Sensei Wallace Platt 10th Dan Hanshi, who continues his studies in the Far East. 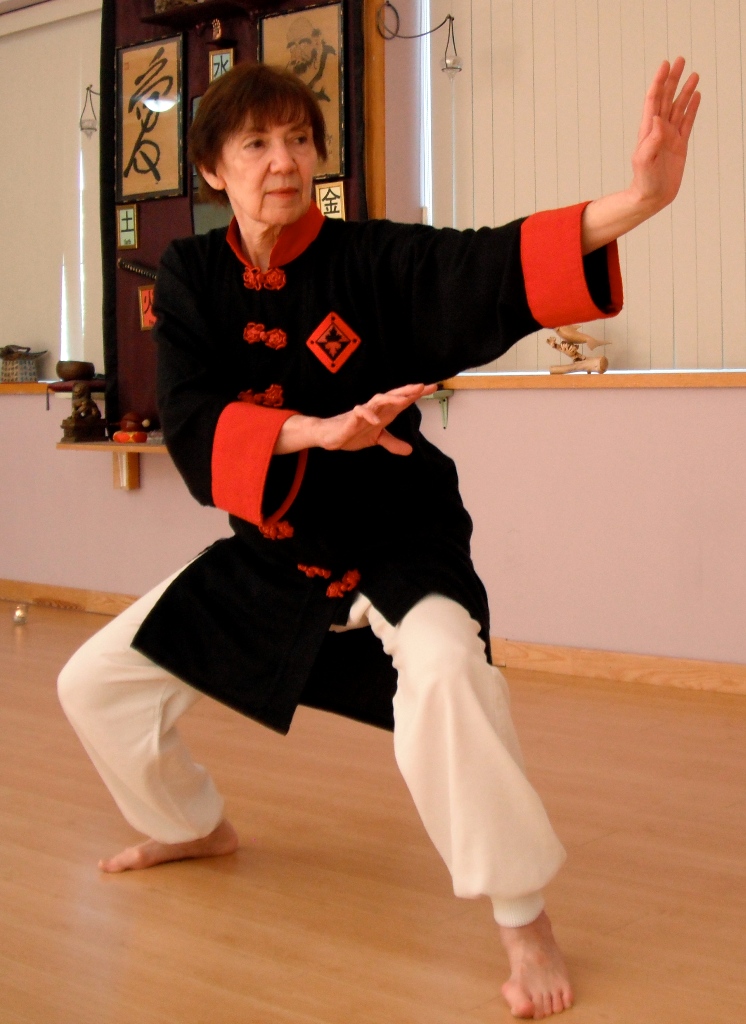 Senpai Jo-Ann Valentine was introduced to Tai Chi Chuan at an eight-week programme sponsored by Martial Arts Toronto in 1996. On completion of the course she began training in the Niei Chi programme at Renge Dojo under the tutelage of Laoshi Patrice Williams. She started assisting with classes in January, 1998 and became an instructor in June of that year. In October 2018 she attained the ranking of Laoshi Level 6 Niei Chi Instructor.

Senpai Valentine presently teaches Niei Chi classes at Renge Dojo. She has also taught at other Martial Arts Toronto Dojos, several fitness centres and with the Toronto Board of Education. To augment her training, which is ongoing with Laoshi Williams at Renge Dojo, she attends Niei Chi Seminars and Camps conducted by Hanshi Wallace Platt, Director of Martial Arts Toronto.

She has taken part in Martial Arts demonstrations on behalf of Martial Arts Toronto, such as appearances at Skydome, Toronto Street Festivals, Canada AM, and in segment on Health and Beauty TV.

In 1997 Senpai Valentine completed the Chow Integrated Healing System, an intensive Qi Gong training programme with Dr. Effie Chow, director of the East West Academy of Healing Arts, San Francisco, CA. She has also completed several programmes in healing with colour and sound, Reiki Level 2 and Reflexology and is an instructor/consultant with Spectrahue Light and Sound Inc., Toronto. 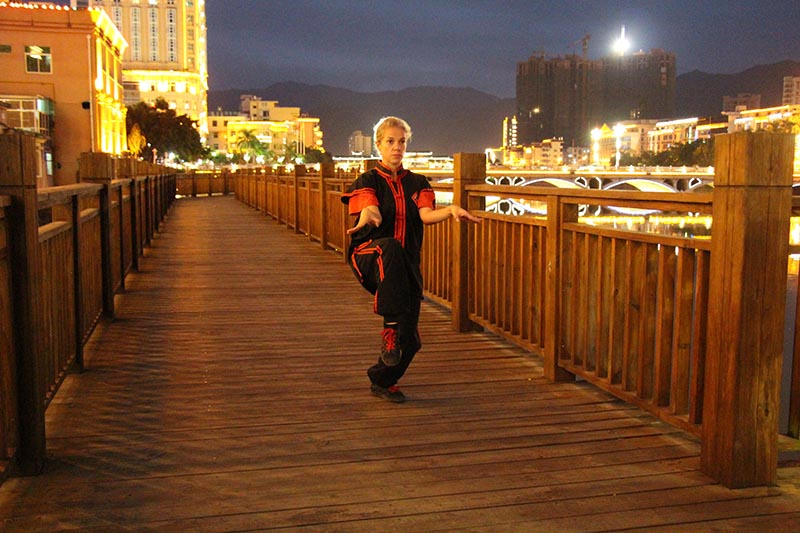 Senpai Dianne Hadad first began her training in Tai Chi in 2008 and in Karate-Do in 2010 at Yamazakura Dojo with Sensei Mariani 6th Dan and is now training at Renge Dojo since 2014 under the tutelage of Sensei Williams 8th Dan.

She is a 3rd degree Karate-Do black belt in Okinawan and Canadian Goju Ryu Karate-Do.

Senpai Hadad is a Shi do in instructor at Renge Dojo and Senpai for Yamazakura Dojo. Her Martial Arts studies have taken her abroad to China, to train in Gung fu at the Northern and Southern Shaolin Temples, and at Wu Dang Mountain to study Niei Chi with Taoist Master Yao.

In 2013 and 2015 she had the privilege of training at the Shaolin Temple in Fujian province with Master Li, and with White Crane Grand Master Su at the Fuzhou Wushu Association. As part of the current black belt curriculum at Renge Dojo, she is training with Michael Kimeda Sensei in Yoshinkan Aikido and with Shifu Juan Jing in Song Shan Shaolin Gung Fu.

Other dojo training trips included Hawaii 2019 with Hanshi Platt and in early 2022 she trained in the Dominican Republic with Takayoshi Sichiyama Sensei, 9th Dan in Okinawa Koshiki Goju-Ryu Karate-Do Shirekan.

Senpai Hadad is the creator and lead facilitator of the Warrior Spirit Circle, a mindfulness and self-discovery segment of all the children’s and youth’s classes at Renge and Yamazakura Dojos. The mission of the Warrior Spirit Circle is to share the practical wisdom from the classical martial arts virtues and philosophies to inspirit resiliency, confidence and vibrancy for practitioners to live mindfully and joyfully.

She is a regular contributor of the Martial Arts Weekly Newsletter and Blog. She holds a Bachelor of Commerce and is a Certified Professional Coach with iPEC (an ICF-Accredited Program) specializing in Mindset Mastery.

Senpai Hadad is the wife of Kohai Jose Hadad, 3rd level instructor in Niei Chi and mother of two children, both of whom are yellow belts and train at Yamazakura Dojo.