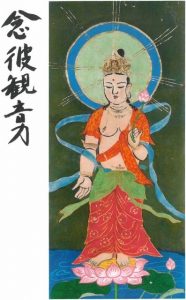 I felt the need to send this to a few friends though my common thread is "I just don't have enough time these days".
This week I am exhausted. I volunteered at an outdoor education program trying to get "my feet wet"in an end game that will hopefully land me she employment in the long term.  I relied on a friend to take my boys early Monday morning and then to school with her and her two daughters.  She graciously helped me out. I spent the day volunteering at a program that though it seamed to be a dream job down the road was the beginning of likely a lot of unpaid work but a beginning nonetheless.
At the end of  the day I was exhausted and still had my plate waiting for me at home.  The next day I cleaned someones house to make $40 toward groceries and other needs.  I walked up to the doctor's office to receive a letter that I needed to justify my child tax credit that my ex-husband is trying to collect instead of me.  During that walk, I felt frustrated and tired but continued to walk because I did not want to think about the cost of parking after receiving $40.  I made it to the doctor's office after about 30 min to find a sign that told me I needed to wait another 30 min until the reception was finished their lunch.  Feeling entitled to get on with my day, I politely interrupted asking if I could just pick up the letter and I was told to wait.  My frustration grew up the unfairness of having to wait and why someone could not just hand me the letter I needed.  I waited, and then was told the letter would cost me $25 of the $40 I was just paid.  I left with $15 left.  I began on my walk calculating if I suck it up  and walk or take a bus.  I encountered the "information people" at the ttc bus station that could not give me a clear answer of the bus routes.  Annoyed I left and decided to quicken my pace home.
In passing an intersection just south of Yonge and Eglinton I watched a woman crossing the intersection in her wheel chair who appeared to barely making it to the curb.  The light had changed and she began pumping her arms hard to make it over the curb but could not.  People passed her and did not bother to offer her assistance.  I looked and came over and asked her if she wanted help and she happily accepted, though I was feeling I just needed to get home.  I continued to push her up the hill as she told me " people like you make my day." I really had done next to nothing, yet she was so thankful.  She told me she spent most of the winter days in her apartment because the snow creating immobility for her and relying on the help of others was not always possible. This small gesture had meant so much.  I realized how fortunate I was. I told her she made my day as well.  I asked her if I could continue pushing her further and she said she had it and was happy.  It did not look easy for her as I asked her again and she said she was truly happy that she had it from there.
She gave me a gift today.  Initially my first thought after that was how fortunate I was to have my working legs.  I could contemplate a bus, or to walk, I could clean someone's house to make a little extra money and eventually I could come home to clean my own house and then pick up my children from school.  I can run everyday to clear my head and purge my feeling of unfairness; life is really good to me.  Perhaps during those cold days, she looks out her window and wonders why nobody is helping, or maybe she looks out her window and looks forward to being out on a clear day, breathing the fresh air and enjoying it like the first day after many days inside.  Maybe things look beautiful to her once she is out. Maybe that is the beauty we take for granted and simply don't notice while we are too busy or full of our own unfairness.
The second thought I had was that I was so lucky to experience her gratitude.  She pushed me through the rest of my day, watching her strength as she persevered the rest of

the way after she no longer needed my help.  She made a decision that she had it from there and she could do it.
I am glad I stopped.
I wasn't the gift at all,
she was mine.
Penelope Peters

There are currently no comments for A Gift.