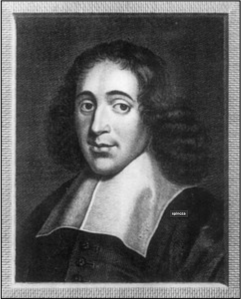 Benedict de Spinoza  was among the most important of the post-Cartesian philosophers who flourished in the second half of the 17th century. He made significant contributions in virtually every area of philosophy, and his writings reveal the influence of such divergent sources as Stoicism, Jewish Rationalism, Machiavelli, Hobbes, Descartes, and a variety of heterodox religious thinkers of his day. But it should not blind us to the eclecticism of his pursuits, nor to the striking originality of his thought. Among philosophers, Spinoza is best known for his Ethics, a monumental work that presents an ethical vision unfolding out of a monistic metaphysics in which God and Nature are identified. God is no longer the transcendent creator of the universe who rules it via providence, but Nature itself, understood as an infinite, necessary, and fully deterministic system of which humans are a part. Humans find happiness only through a rational understanding of this system and their place within it. On account of this and the many other provocative positions he advocates, Spinoza has remained an enormously controversial figure. For many, he is the harbinger of enlightened modernity who calls us to live by the guidance of reason. For others, he is the enemy of the traditions that sustain us and the denier of what is noble within us. After a review of Spinoza’s life and works. More to come...

There are currently no comments for Benedict (Baruch) de Spinoza.